I like trains. I also like Canada. So a train from Toronto to Vancouver seemed like a good idea. And an affordable one too, thanks to VIA rail’s Sleeper Plus discount deals.

Our train departed Toronto about 15 hours late, because the incoming Train was delayed by just as much time. Unbeknownst to us, we were about to experience freight train delays first-hand soon too. 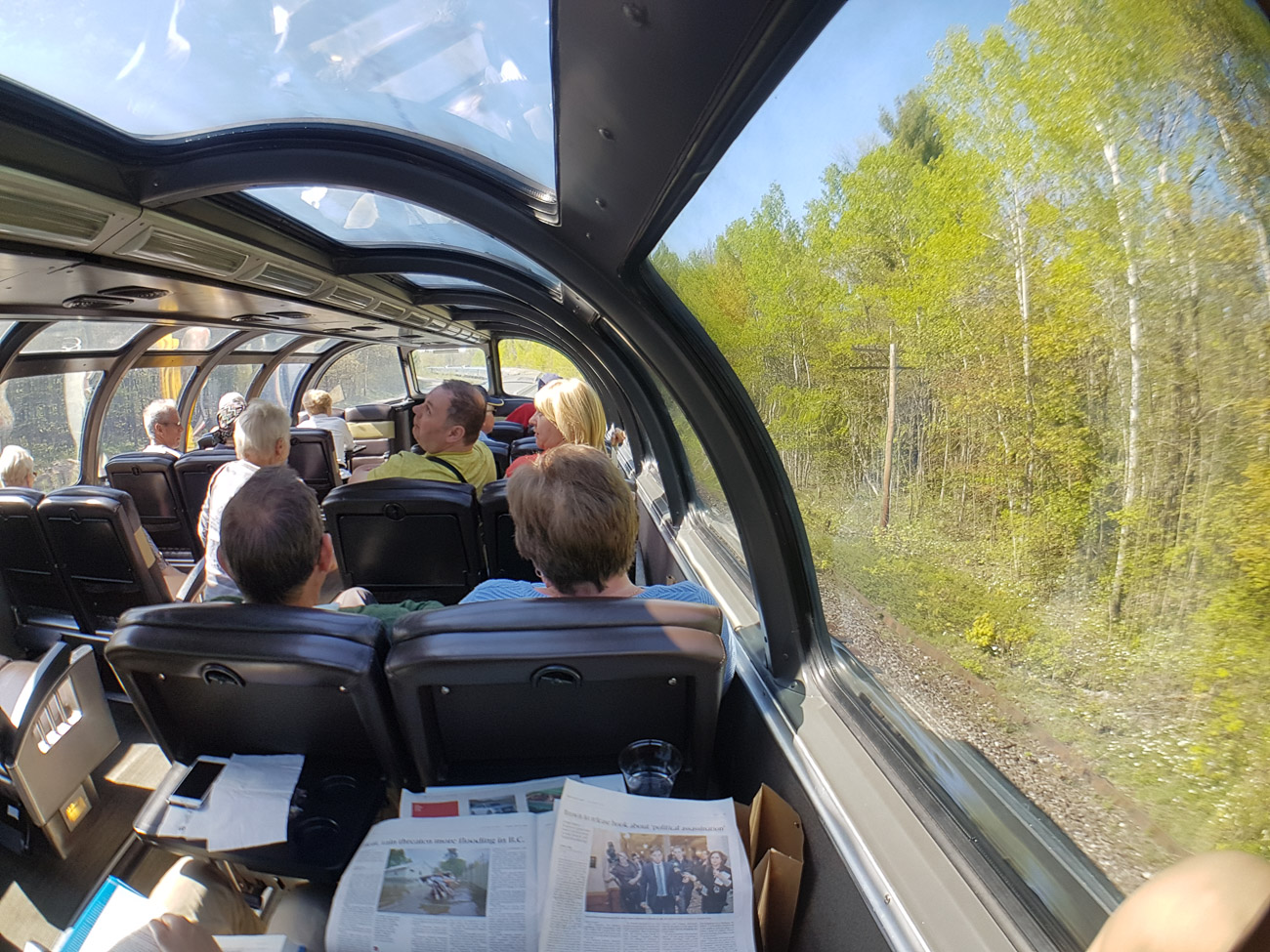 The dome car is where we spent most of our time, just staring out into the landscape. You’d think it gets boring after a while, but it never did for me. 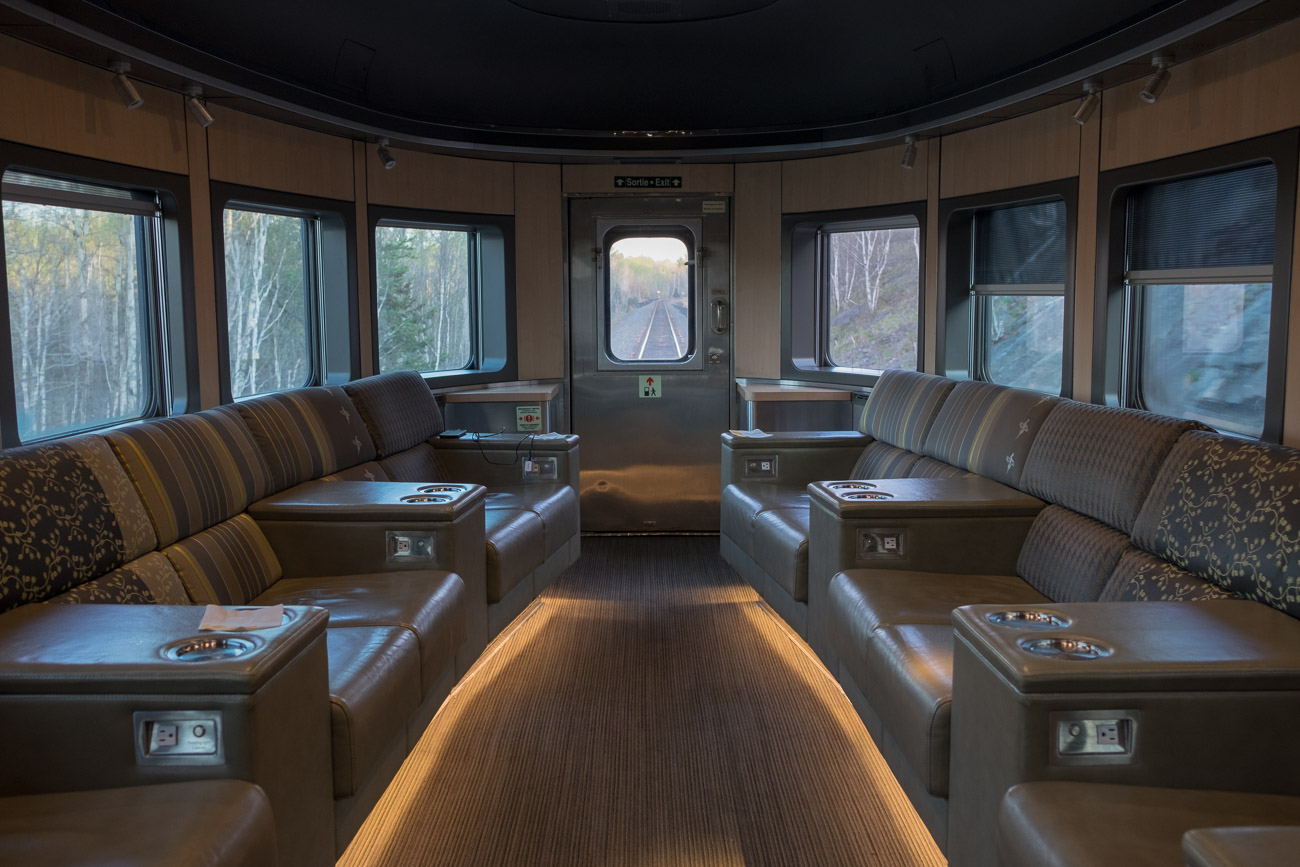 There is also the fancy Prestige Class lounge car. As a child I’d seen these lounge cars from watching American train documentaries. Finally being able to enjoy such deluxe setups myself was quite nice.

We left Toronto at about 1pm, and finally reached Capreol, north of Sudbury, at 9pm. It takes maybe six hours to drive this route, but we were more often stopped waiting for oncoming train rather than moving. 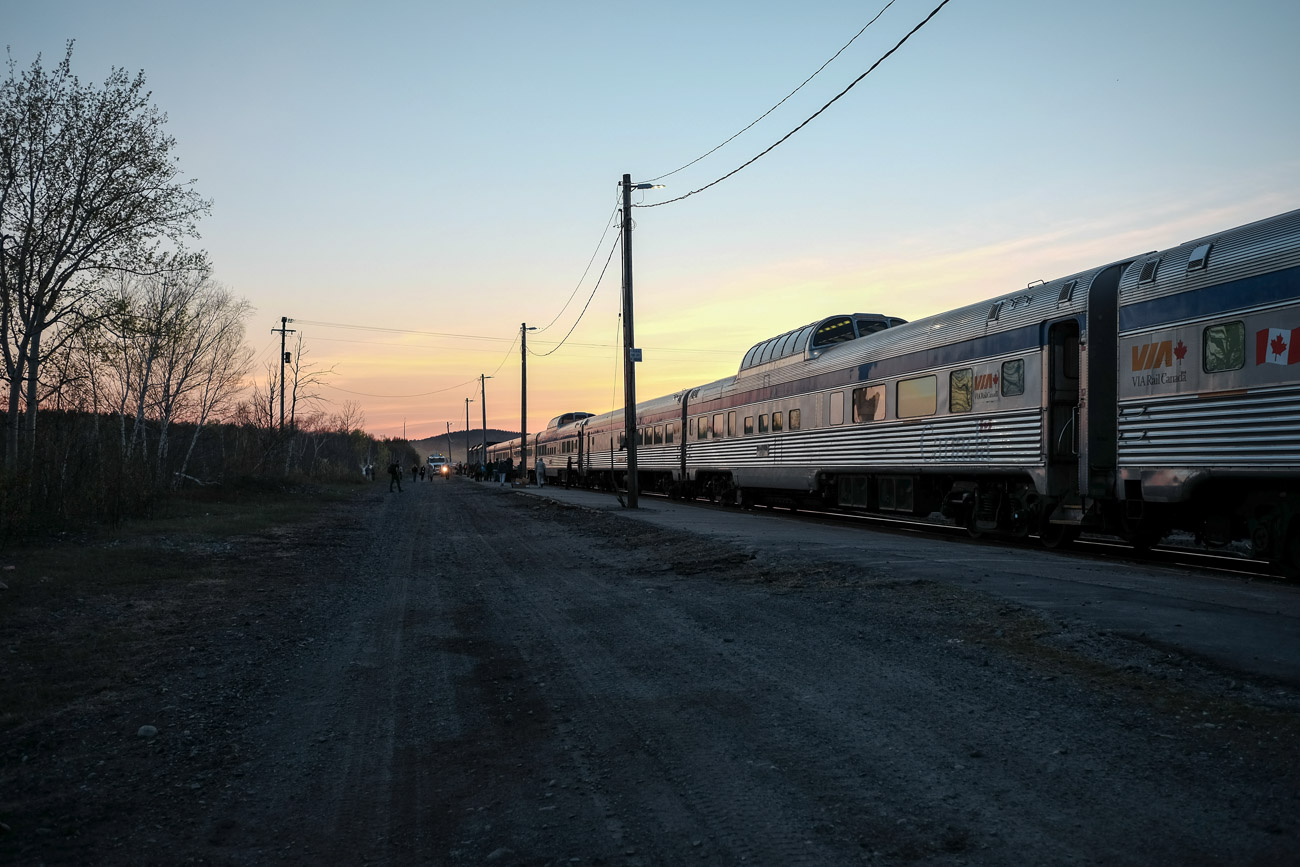 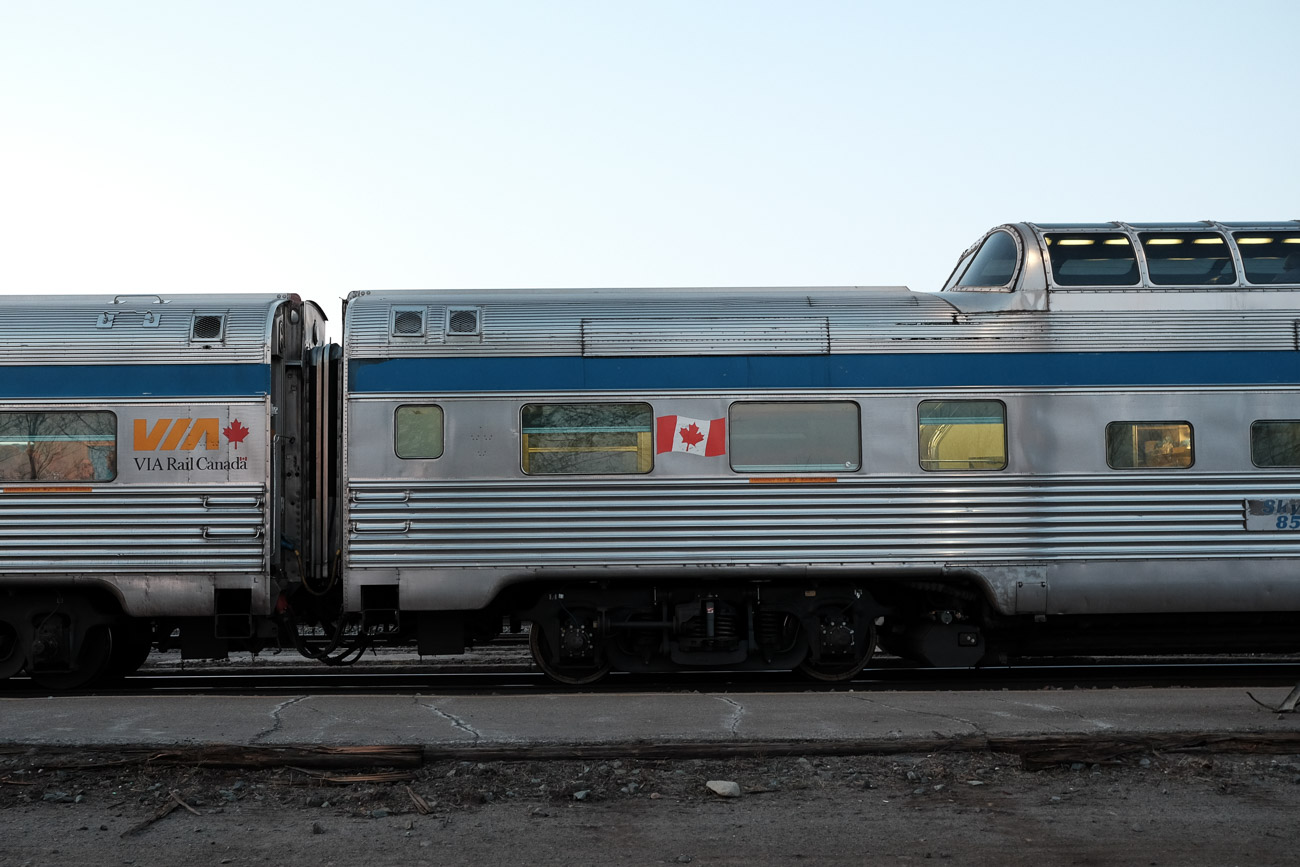 At Capreol, we got to go outside and finally admire the train. Never thought I’d see such a long passenger train in Canada. It also struck me how many people it takes to run a train.

Each attendant takes care of two sleeping cars, which is 44 passengers max. In addition, there are the chefs and wait staff in the dining and activities car. Plus, a rotating crew of engineers. In total, around 40 staff are required to run the train. No wonder it’s so expensive! 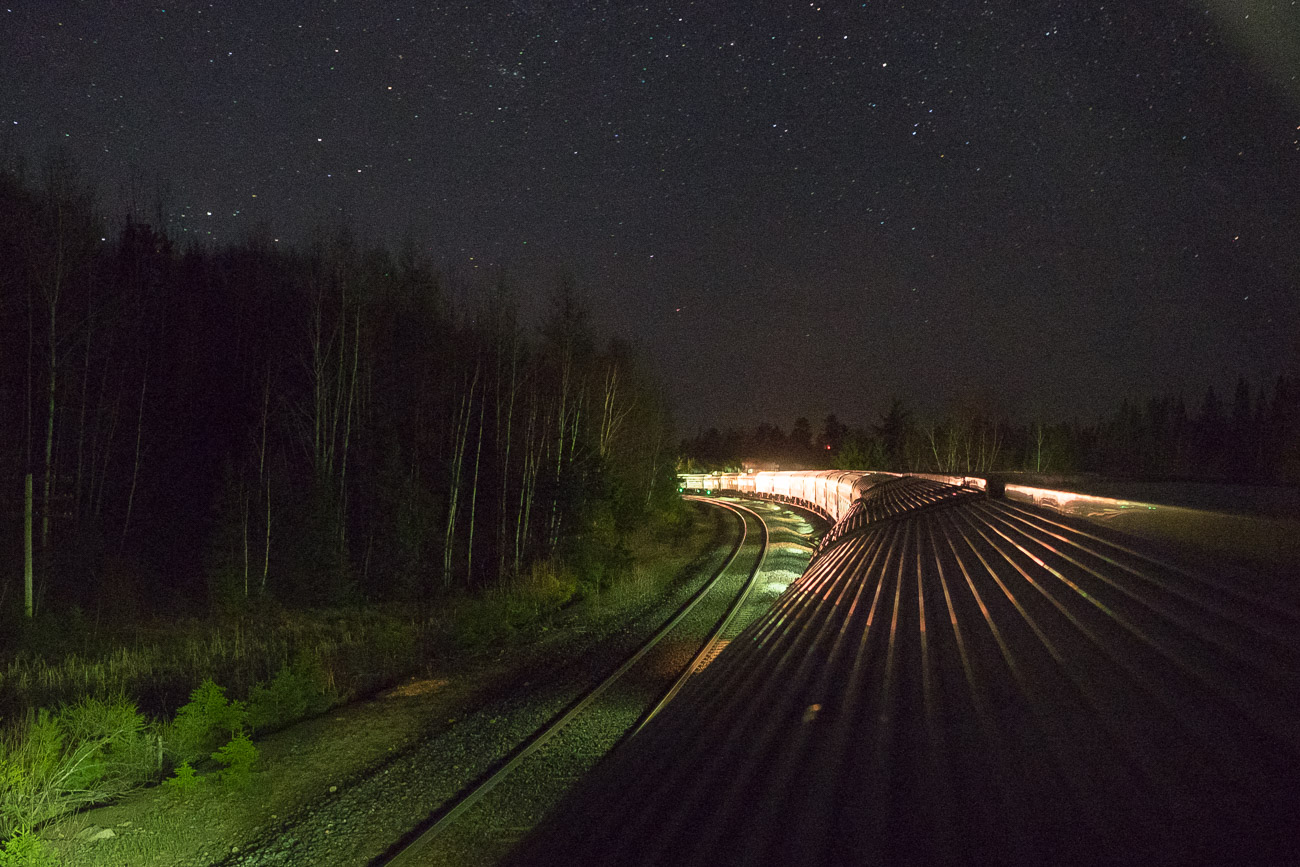 Waiting for CN trains under the stars. Probably somewhere around Ruel, ON

After that, a quick shower and it’s bedtime. You get a shower kit with towels, soap, and other necessities.

We were stuck on a siding just north of Longlac for about 2.5 hours because a freight train ahead of us broke down. And then it started snowing. It’s May. 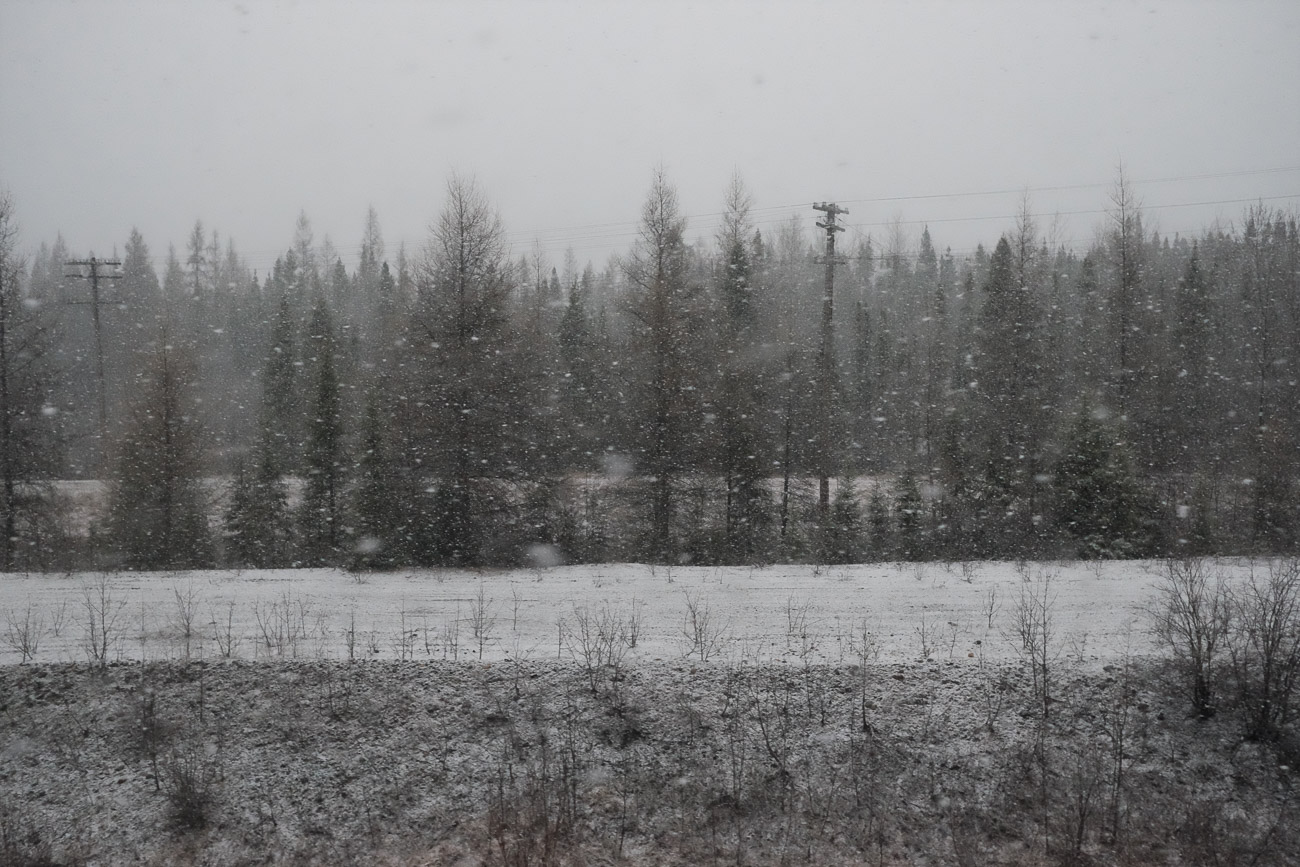 On board, the food was amazing and makes up for the delay. Each meal has four main course choices: red meat, white meat (chicken), seafood, and vegetarian. They also come with soup, salad, and dessert. If you’re in Prestige you also get appetizer. 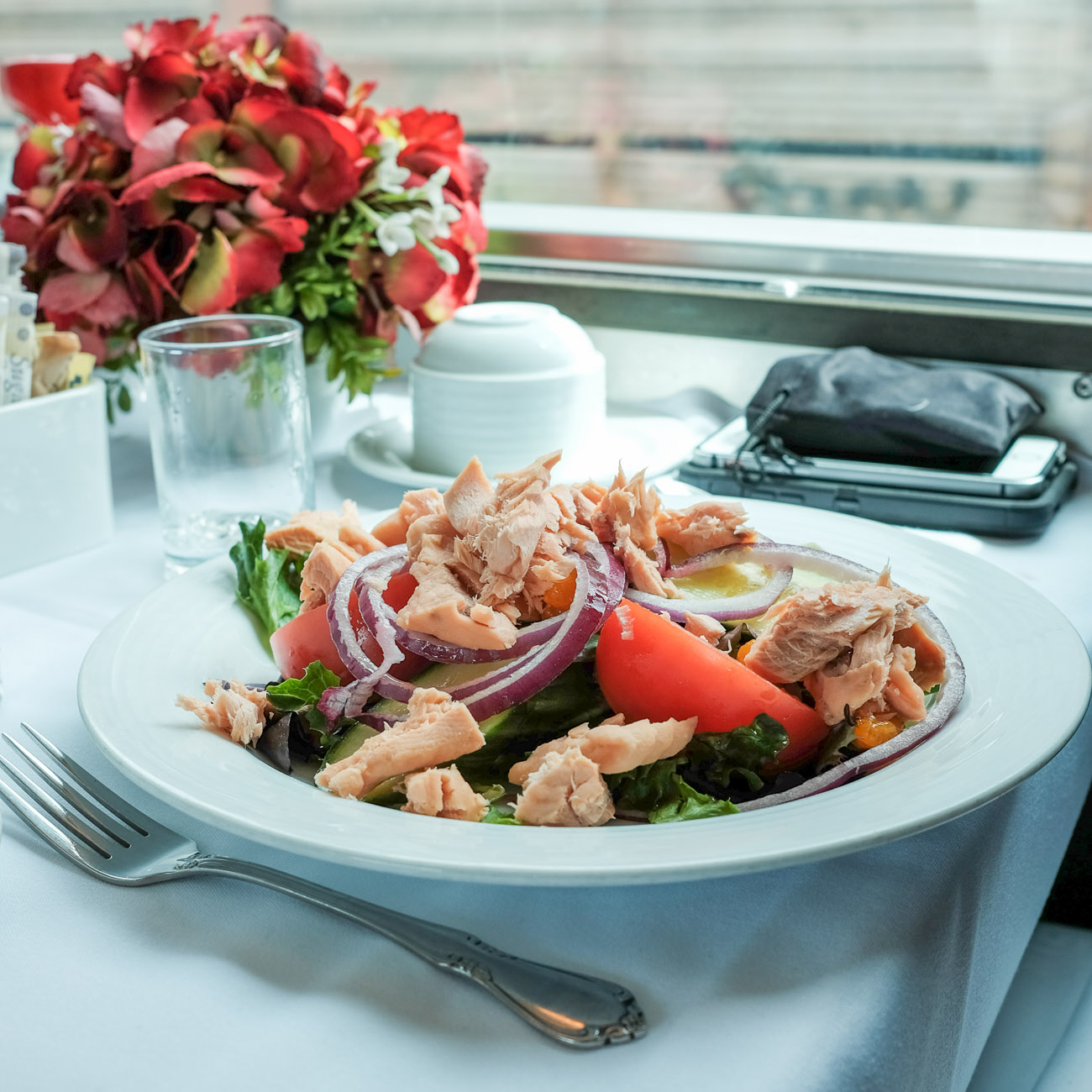 The day went past uneventfully until reaching Sioux Lookout in the late afternoon. Heading west from Sioux Lookout, the lakes surrounding the tracks glow beautifully under the golden hour. Not a bad view to accompany my delicious Veal Chop! 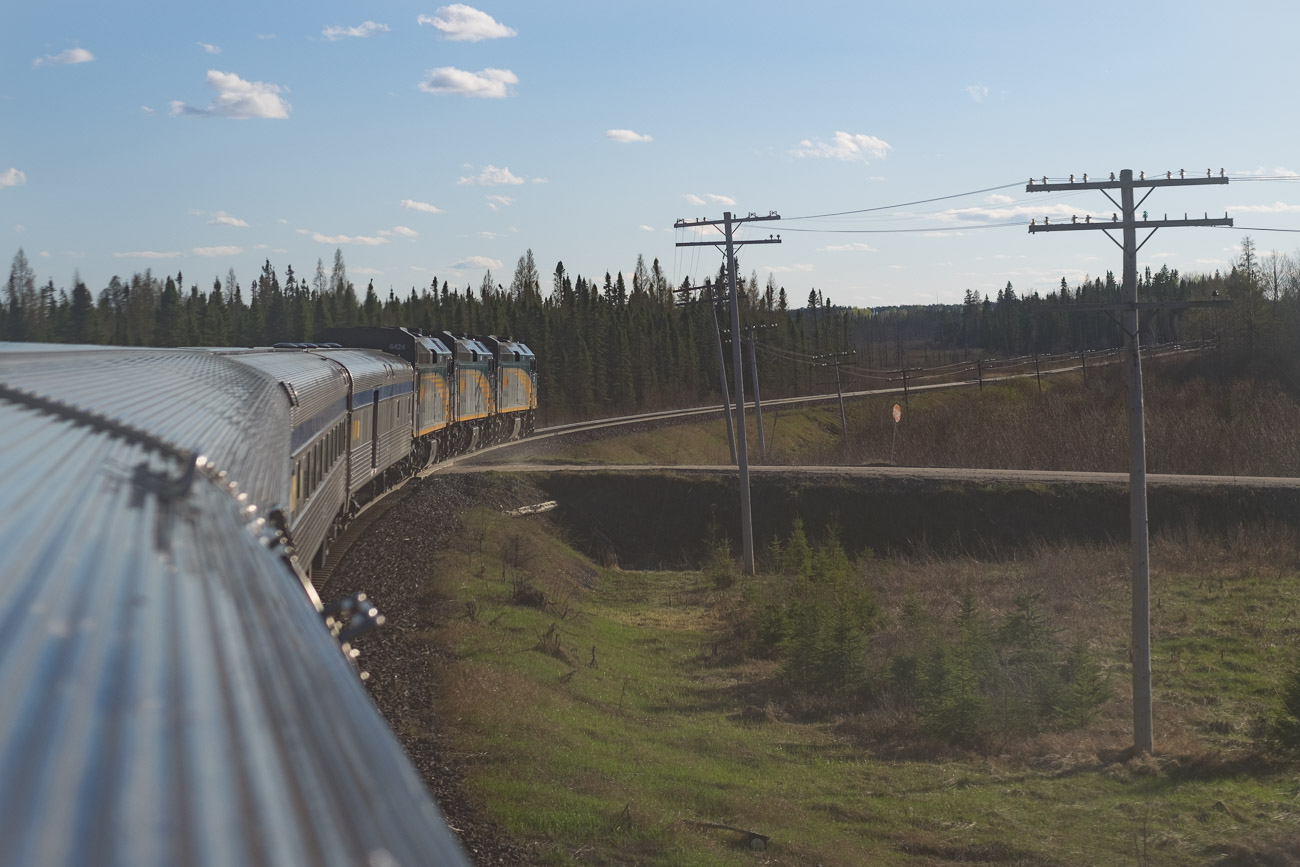 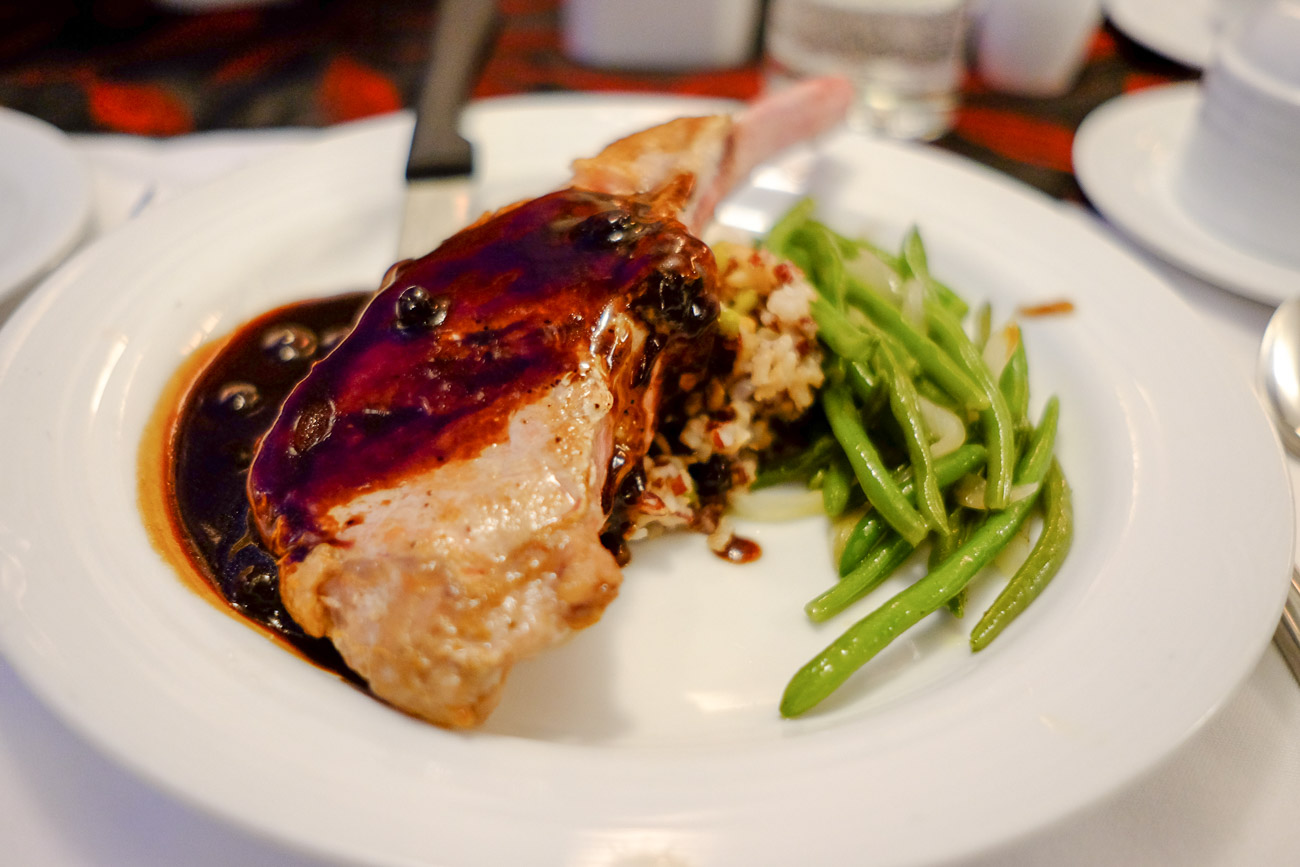 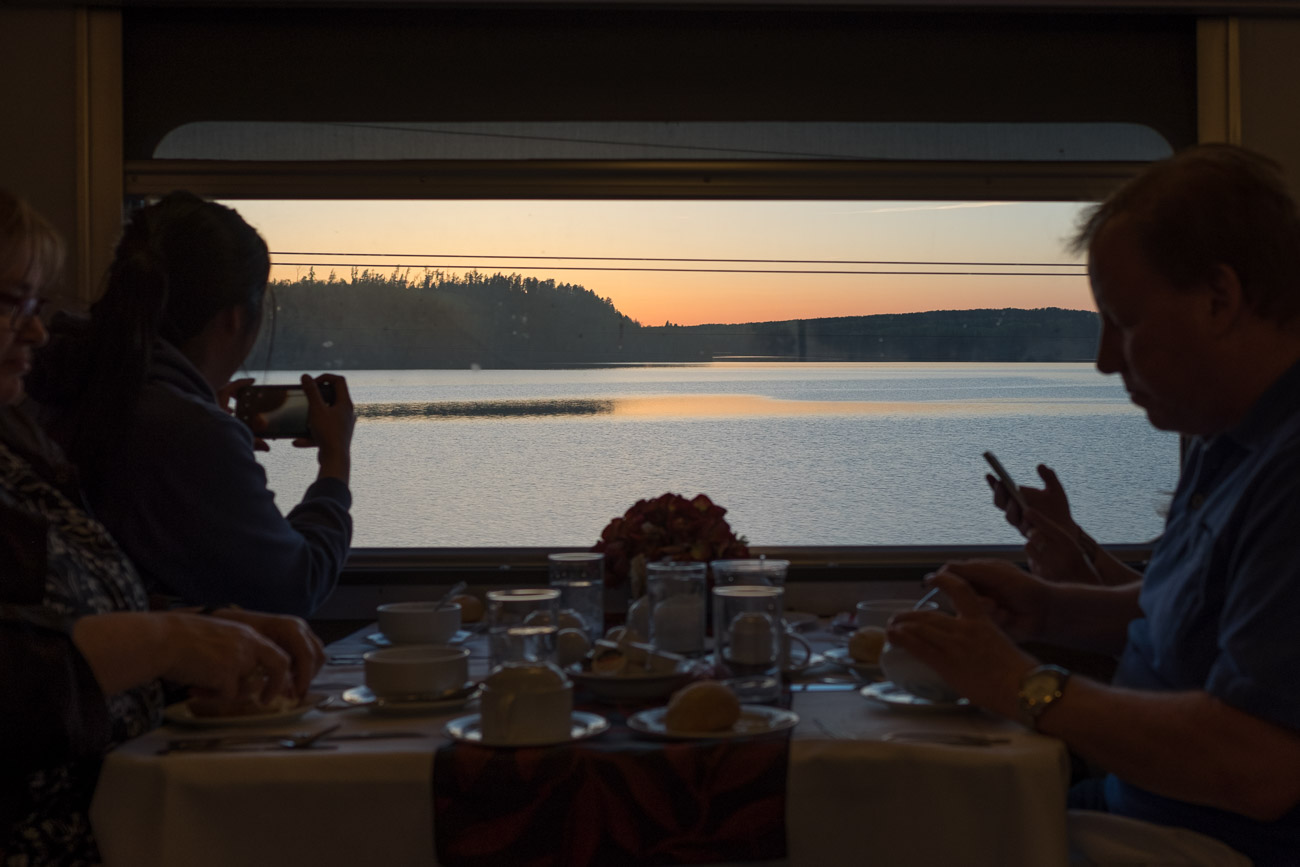 As we depart Ontario, I gained new appreciation of Ontario: Huge, Rocky (in the literal sense), and Lake-y. 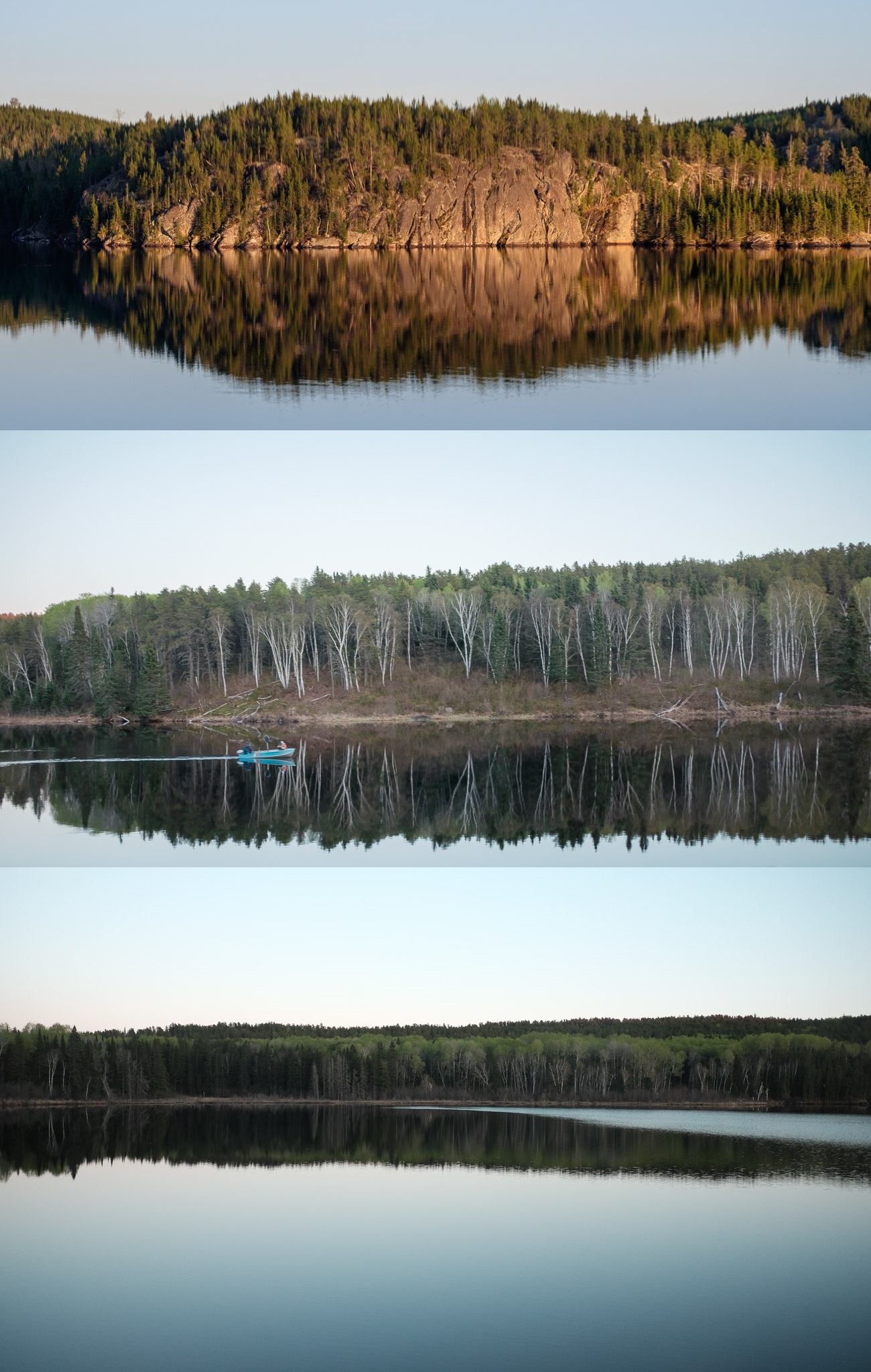 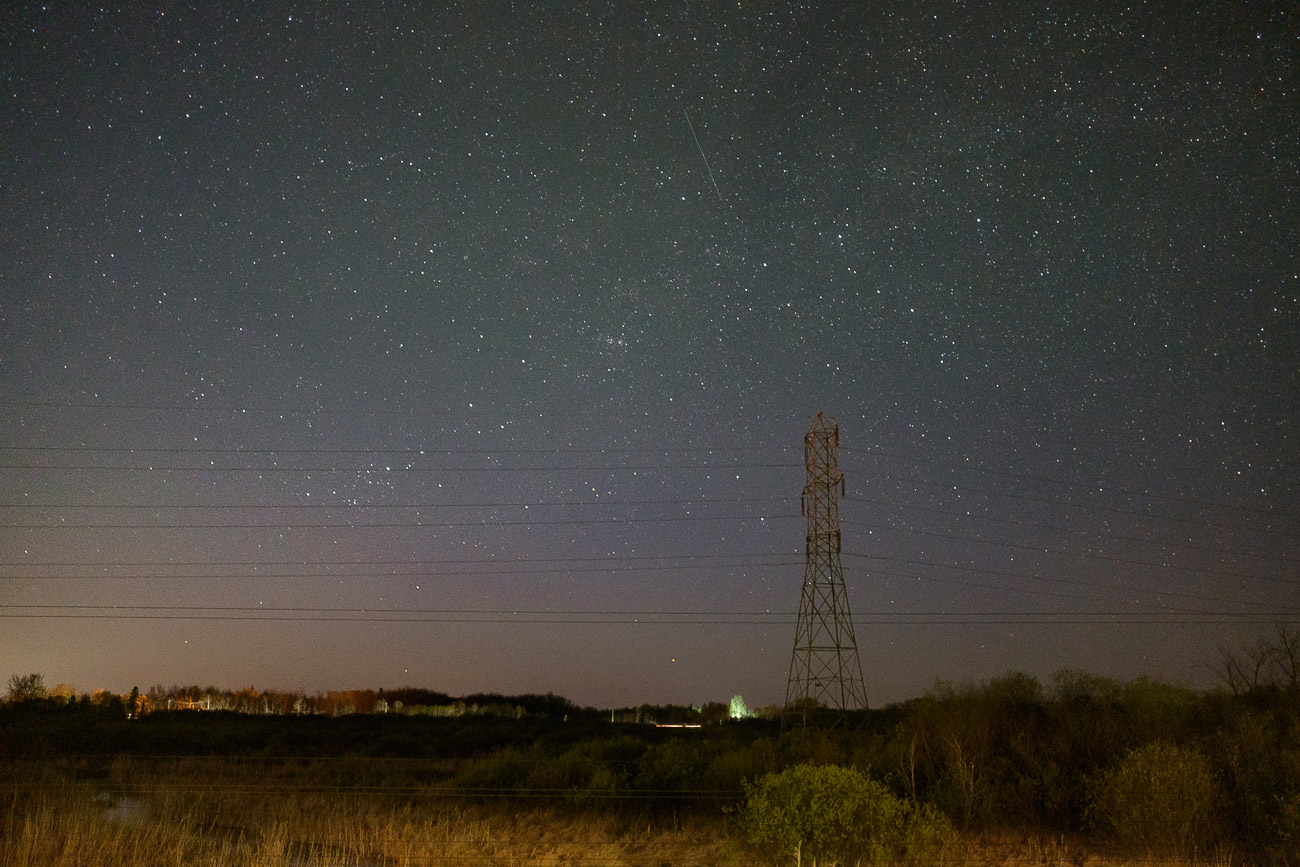 Falling asleep to stars on the Prairies

The train did not move much overnight, since Winnipeg is where crew change happens, and fresh supplies are loaded. The poor passengers at Winnipeg did not get on the train until 3am.

The Prairies were, well, flat. A little boring but at least the train can go fast when tracks are flat and straight. 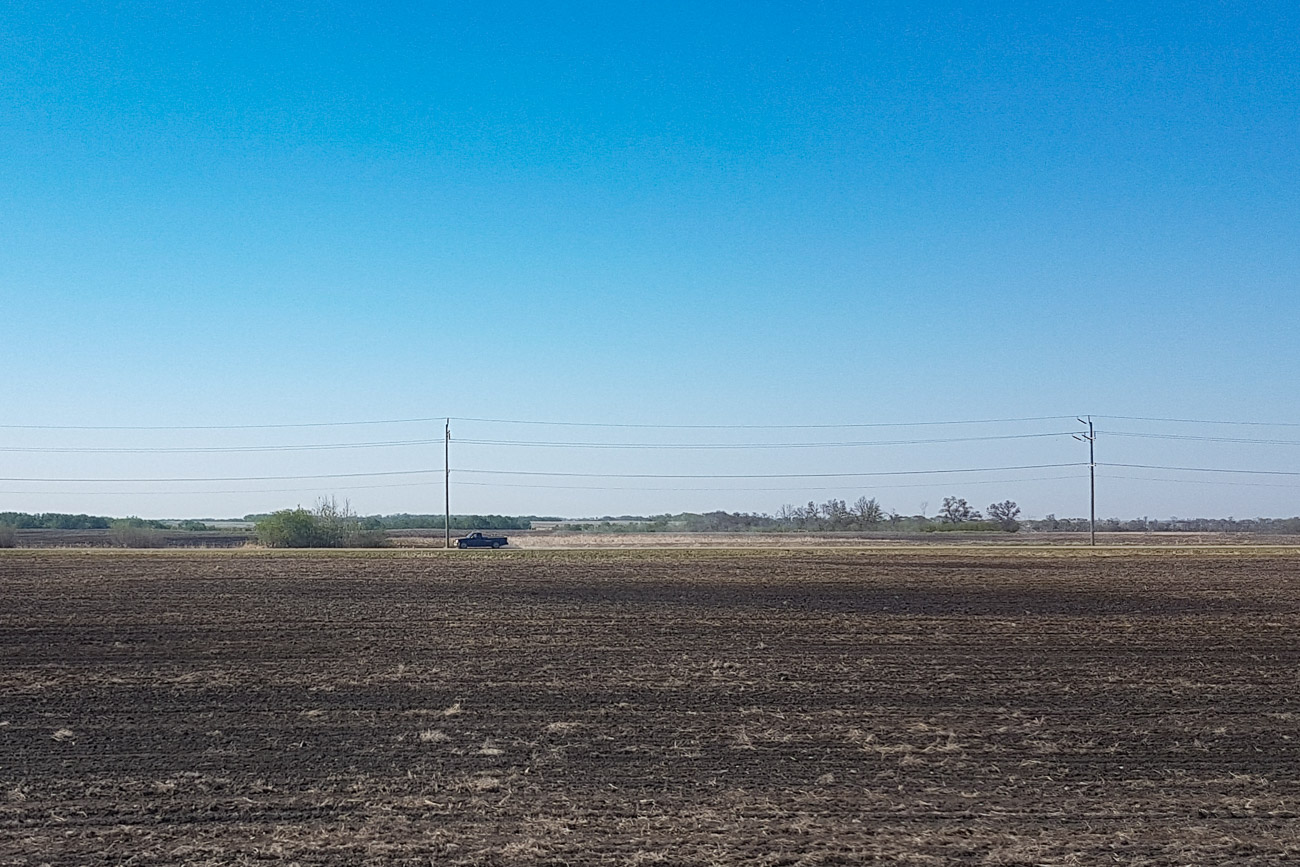 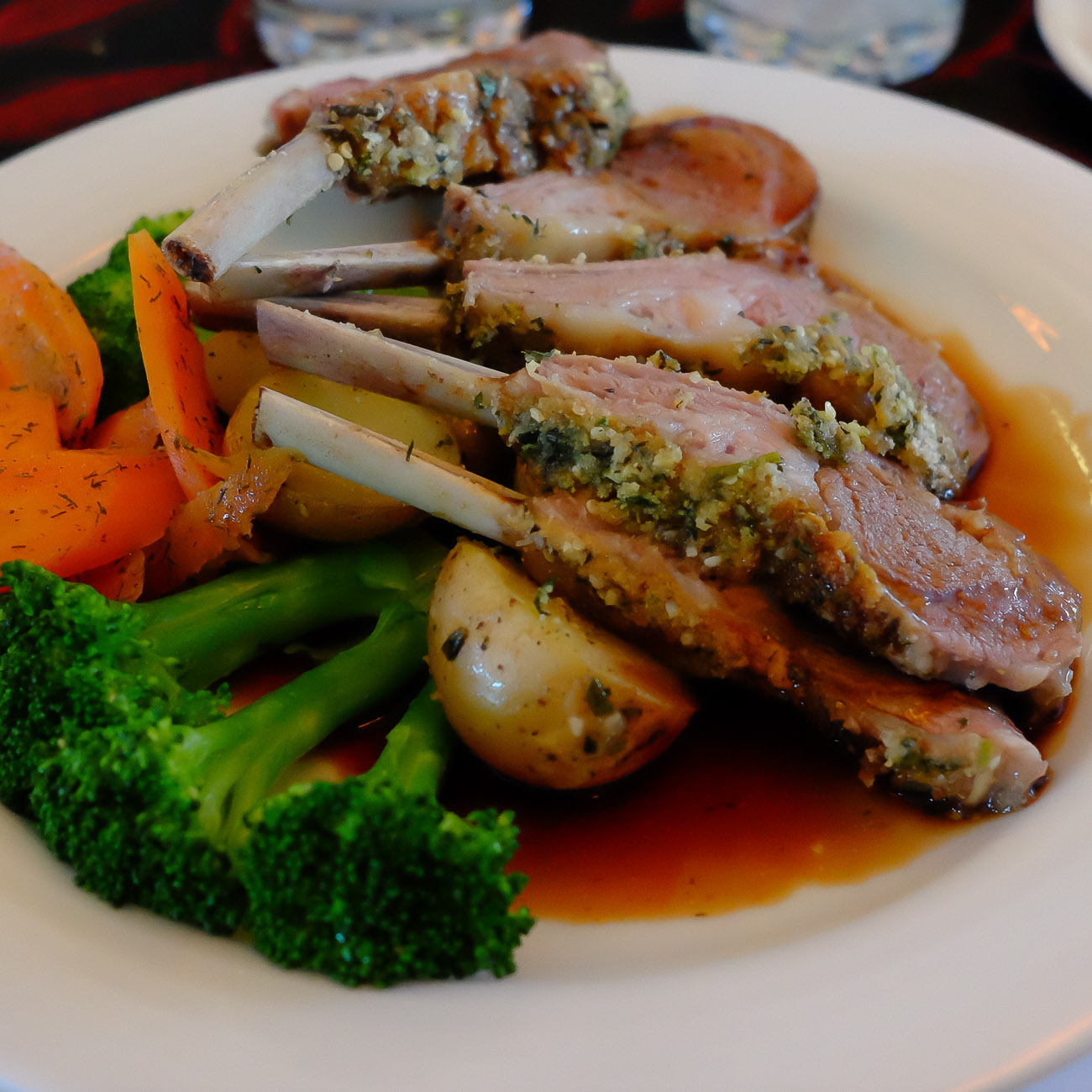 Rack of lambs for dinner

The Saskatoon VIA station has an interesting ’70s vibe to it. Matches quite well with our stainless steel streamliner train from the ’60s. 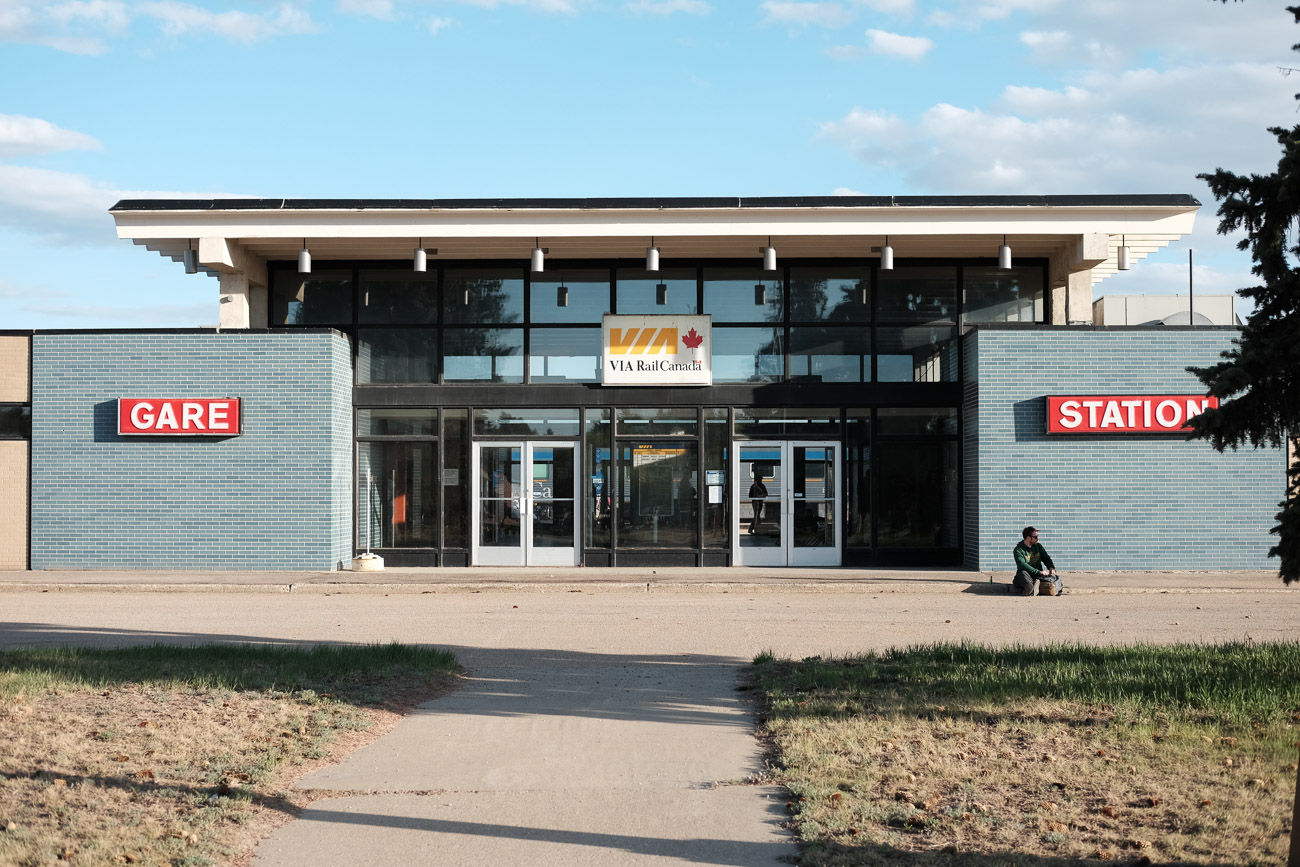 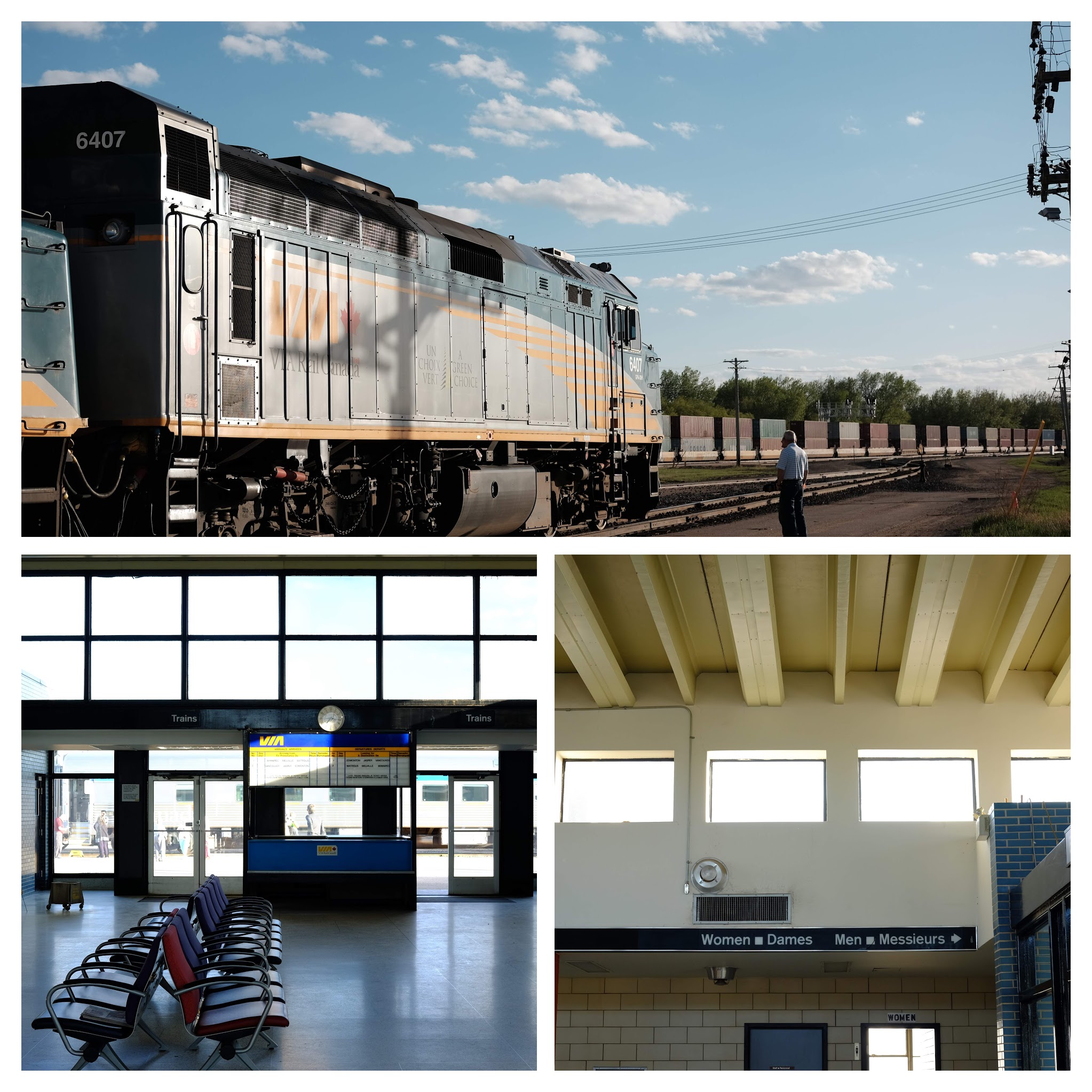 Sunset over the Prairies was quite spectacular. It’s like watching sunset over an ocean but without the glare or reflection. 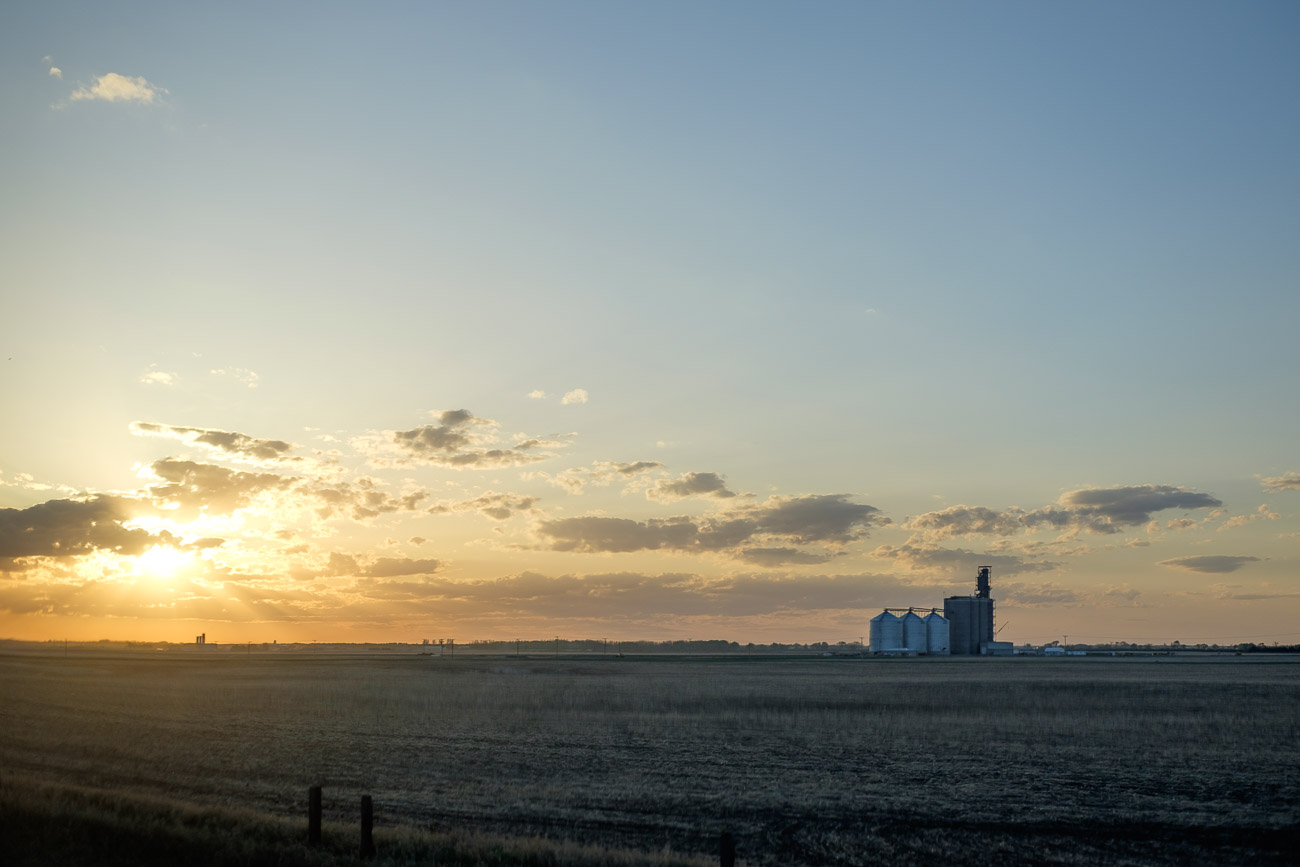 The train arrived in Edmonton overnight. A couple more sleeper cars and the panoramic lounge car were added. After trying out the panoramic car, we determined that the Dome car is still superior because (a) Dome car seats are lower, so you can see the front and back of train; (b) Dome car has drinks and food. 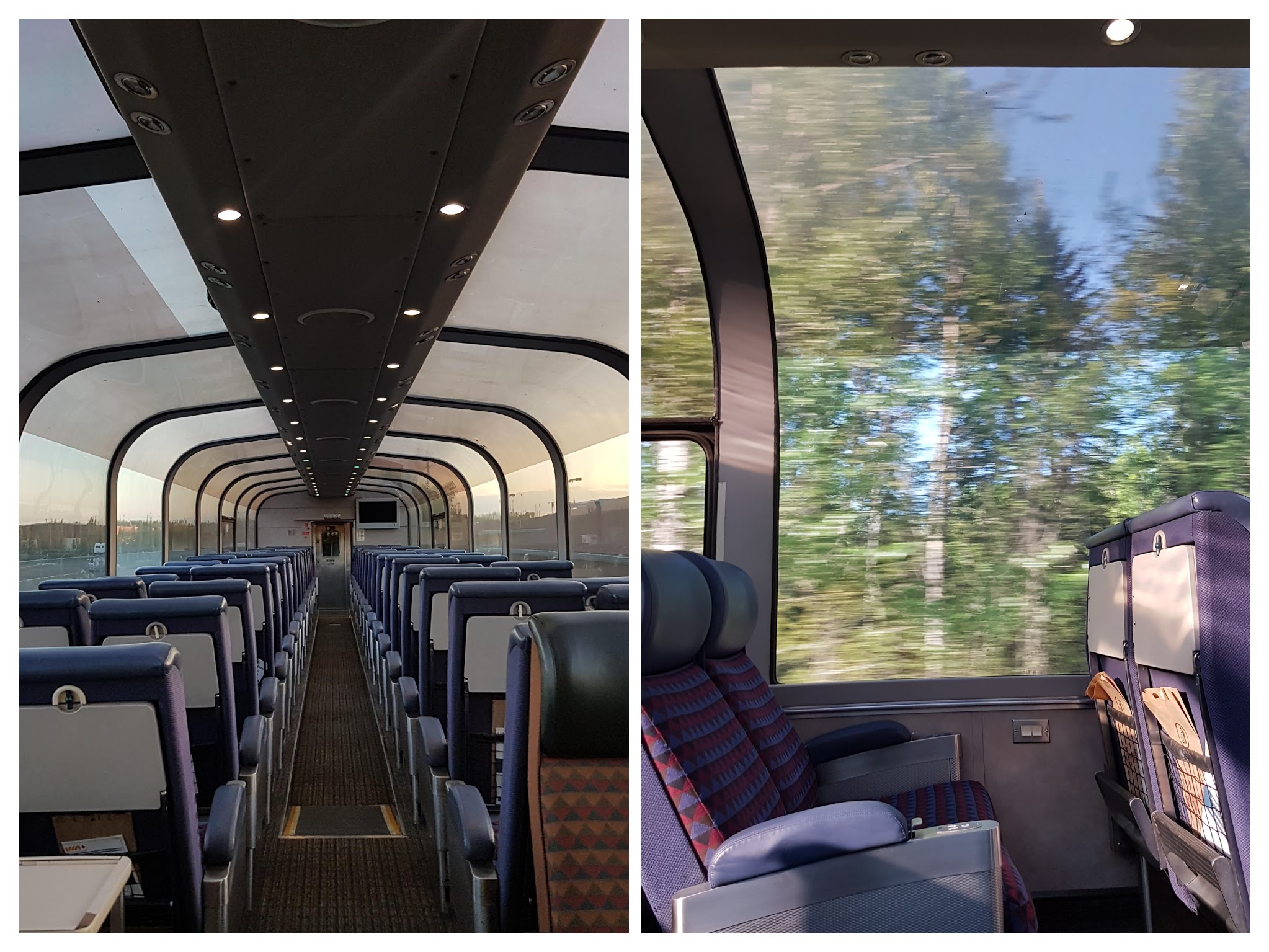 After breakfast, we headed into the Rocky Mountains. So majestic, so beautiful. So jealous. The windows were also so dirty from all the dead bugs. 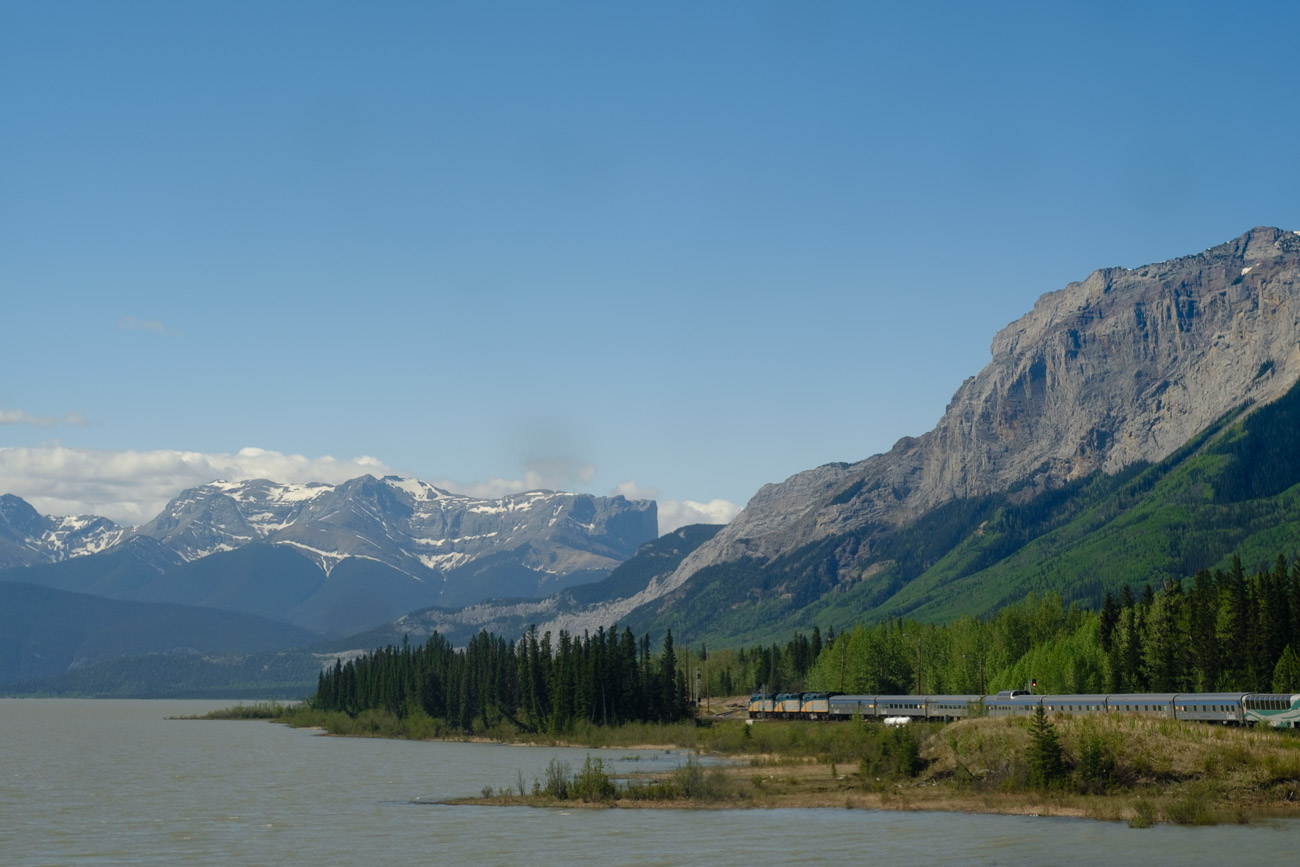 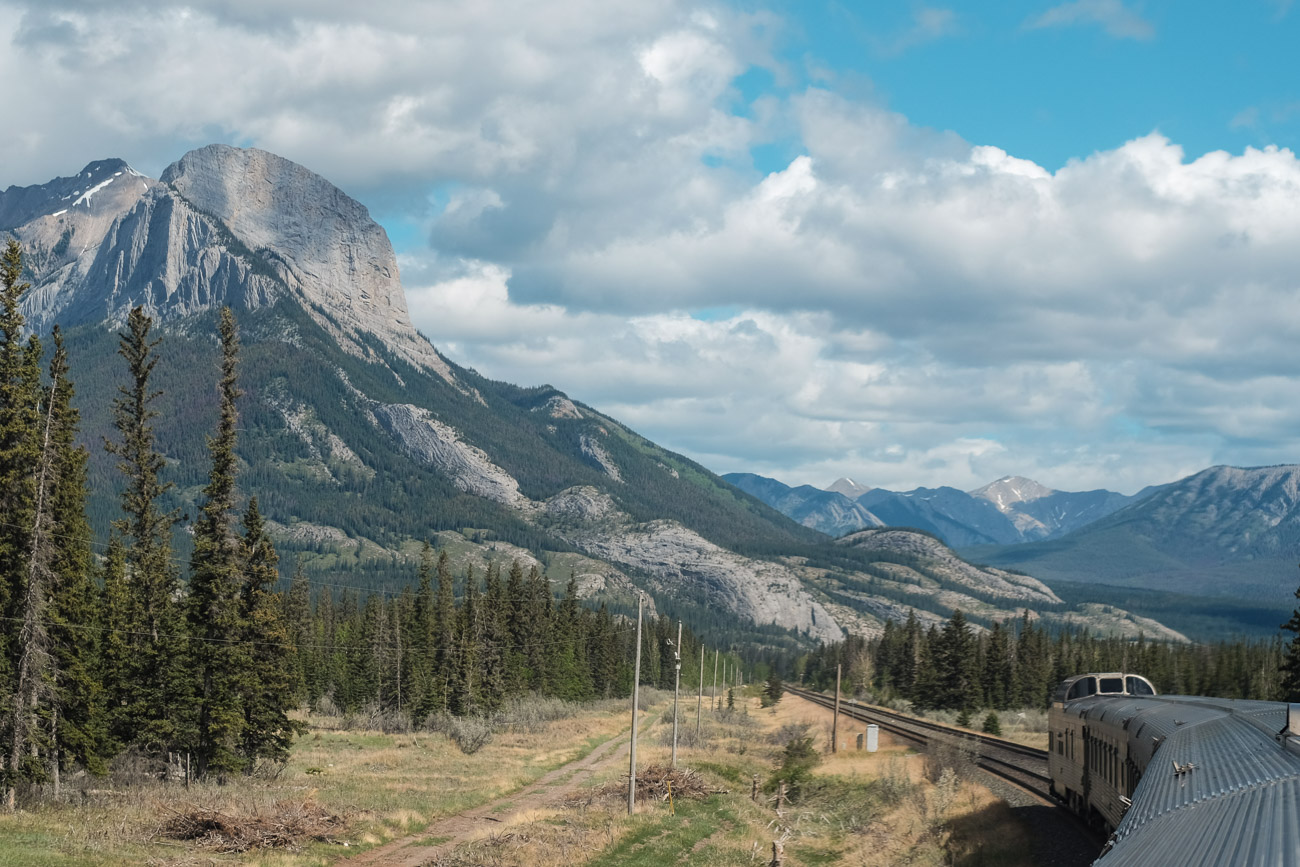 The stop at Jasper is about an hour and half, so there is some time to walk around the town. Thankfully, the windows were also washed at Jasper. 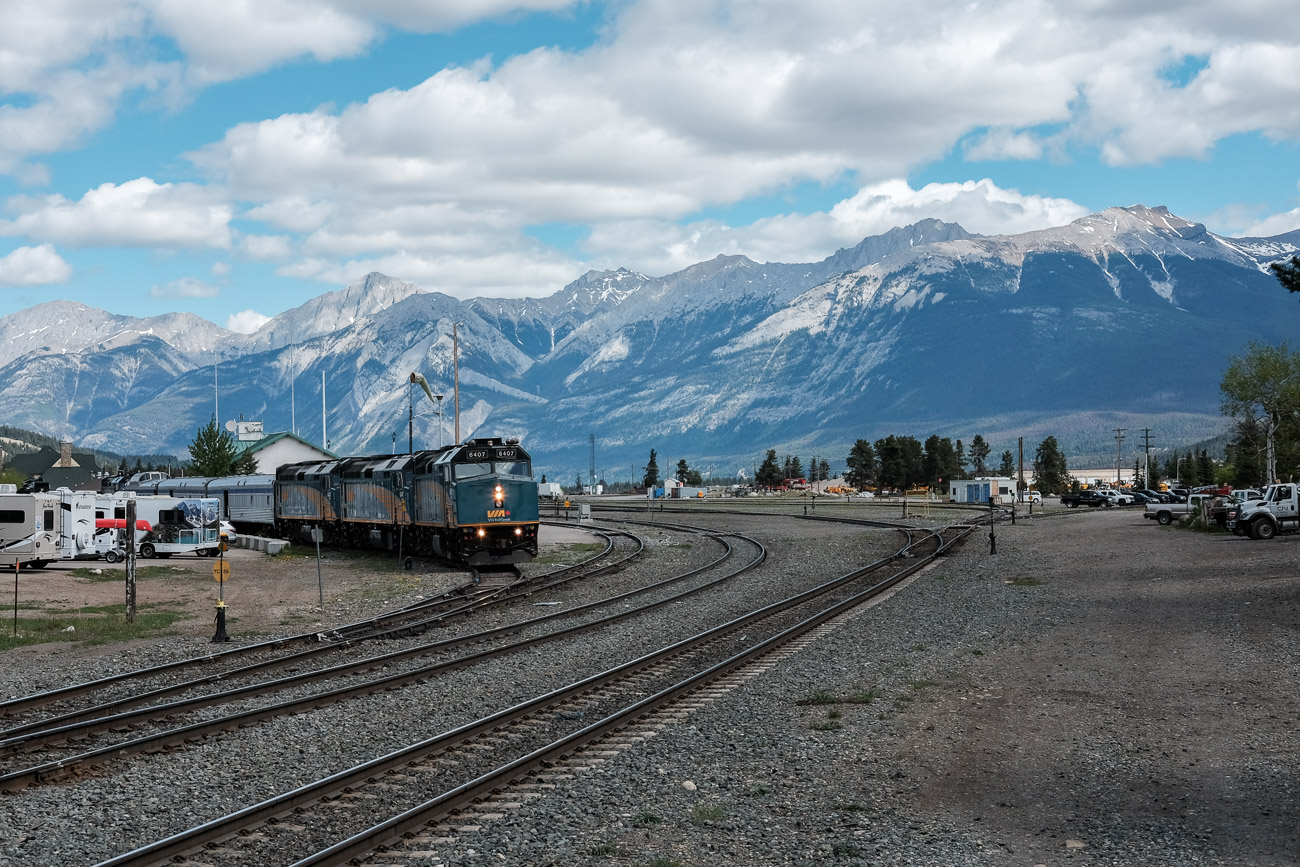 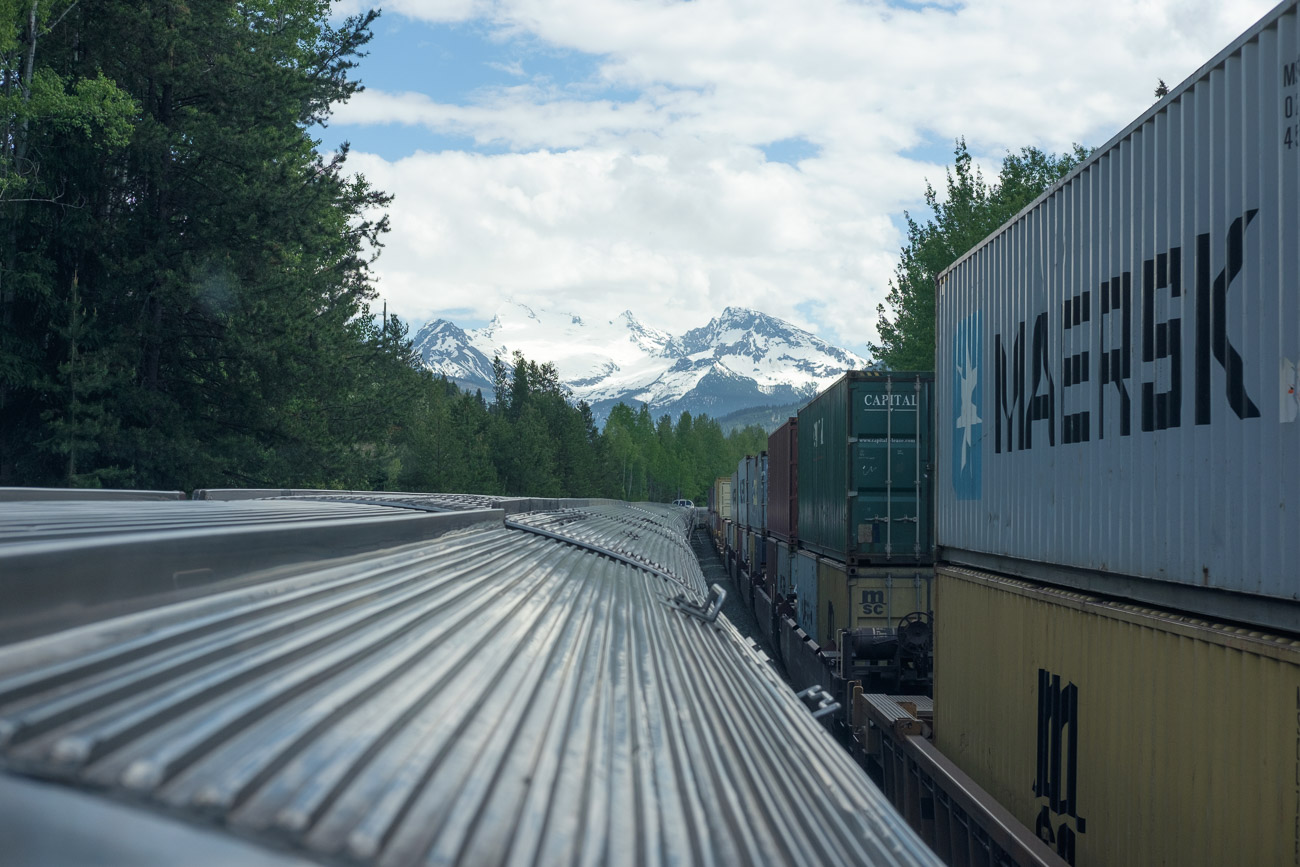 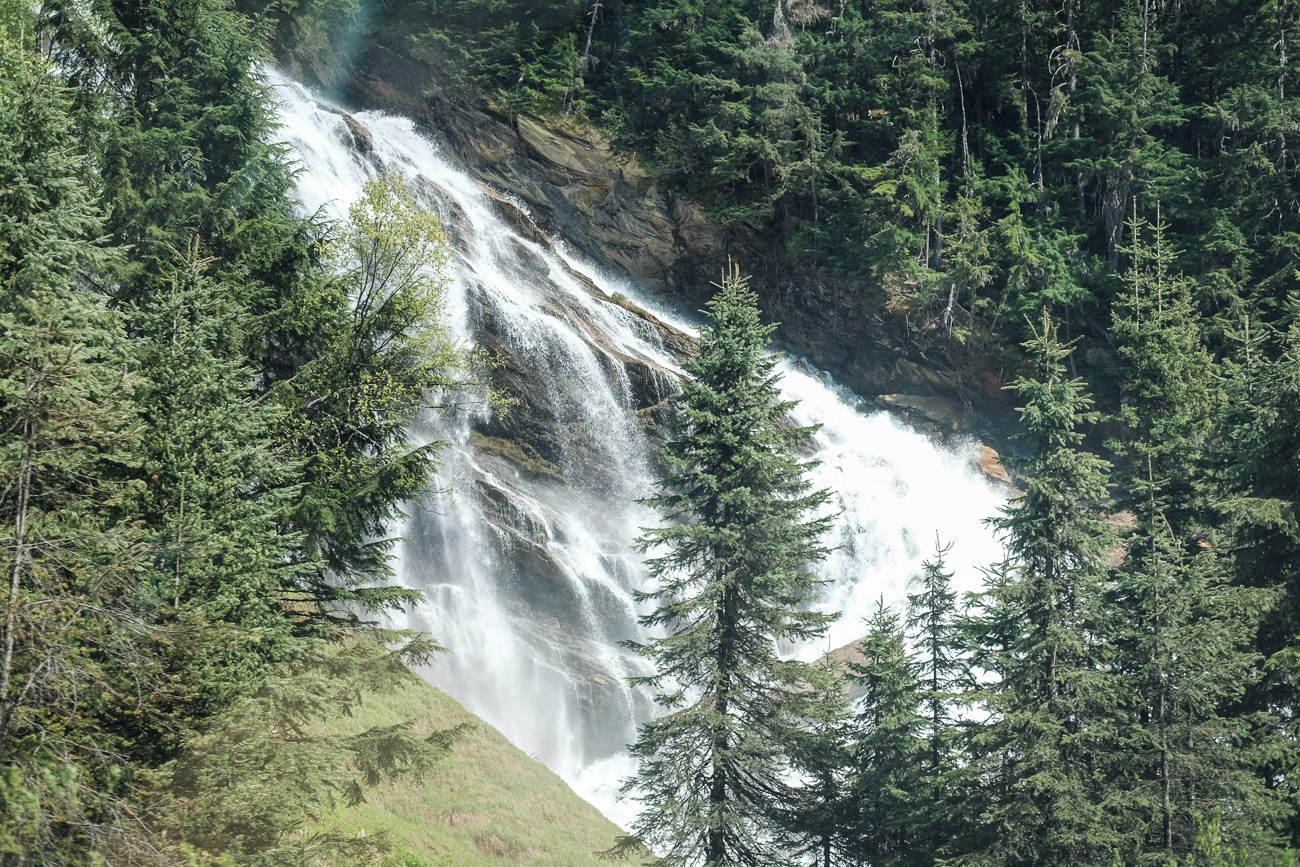 As the night falls, we finally approach Kamloops and encounter a Canadian train headed towards Toronto. Apparently, they were running 30 hours behind schedule already… yikes! 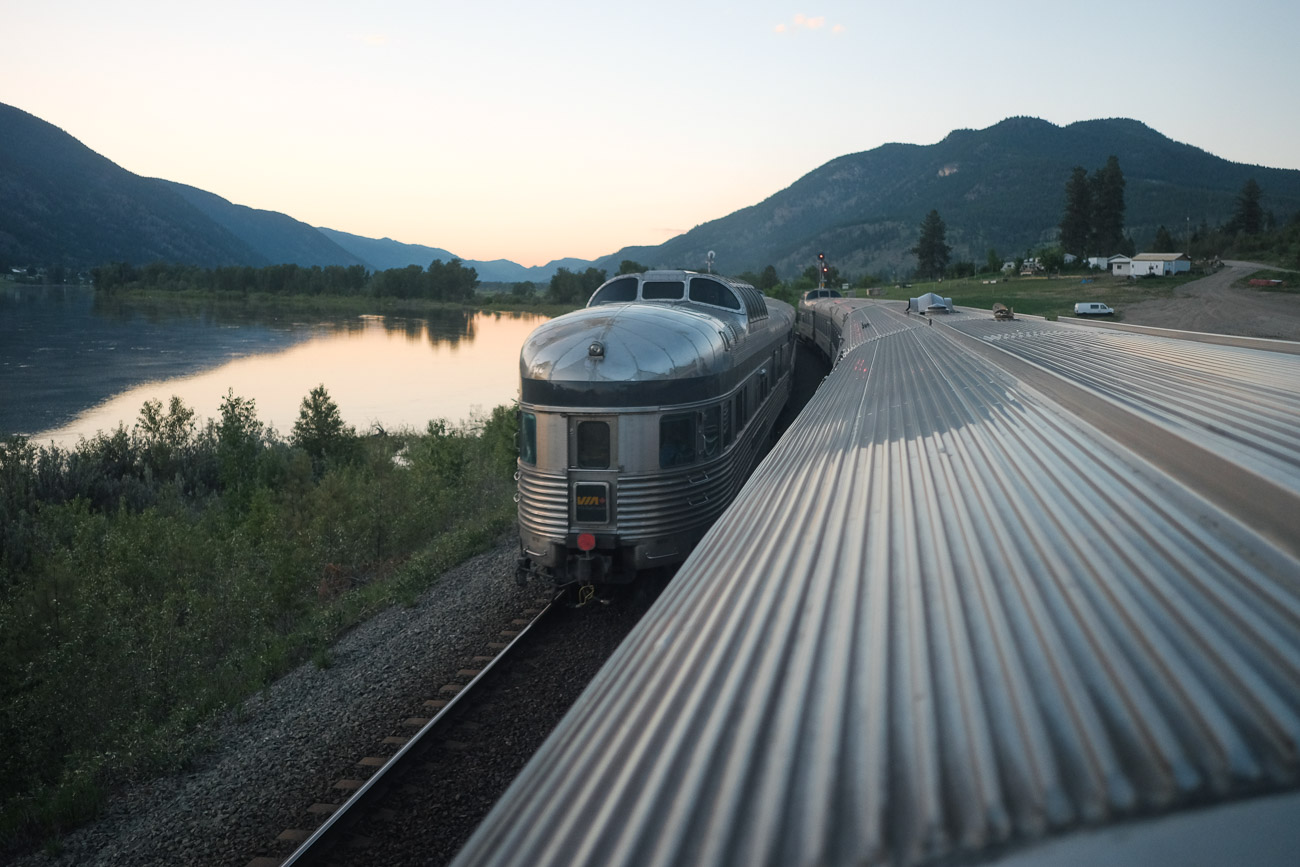 Kamloops has a distinctive smell. Maybe it’s the smell of lumber? I’m not sure. But I’m excited for Vancouver!

Yeah so apparently it takes a whole night and some to get from Kamloops to Vancouver. I woke up and the train was still moving, so I’ll take the free breakfast! 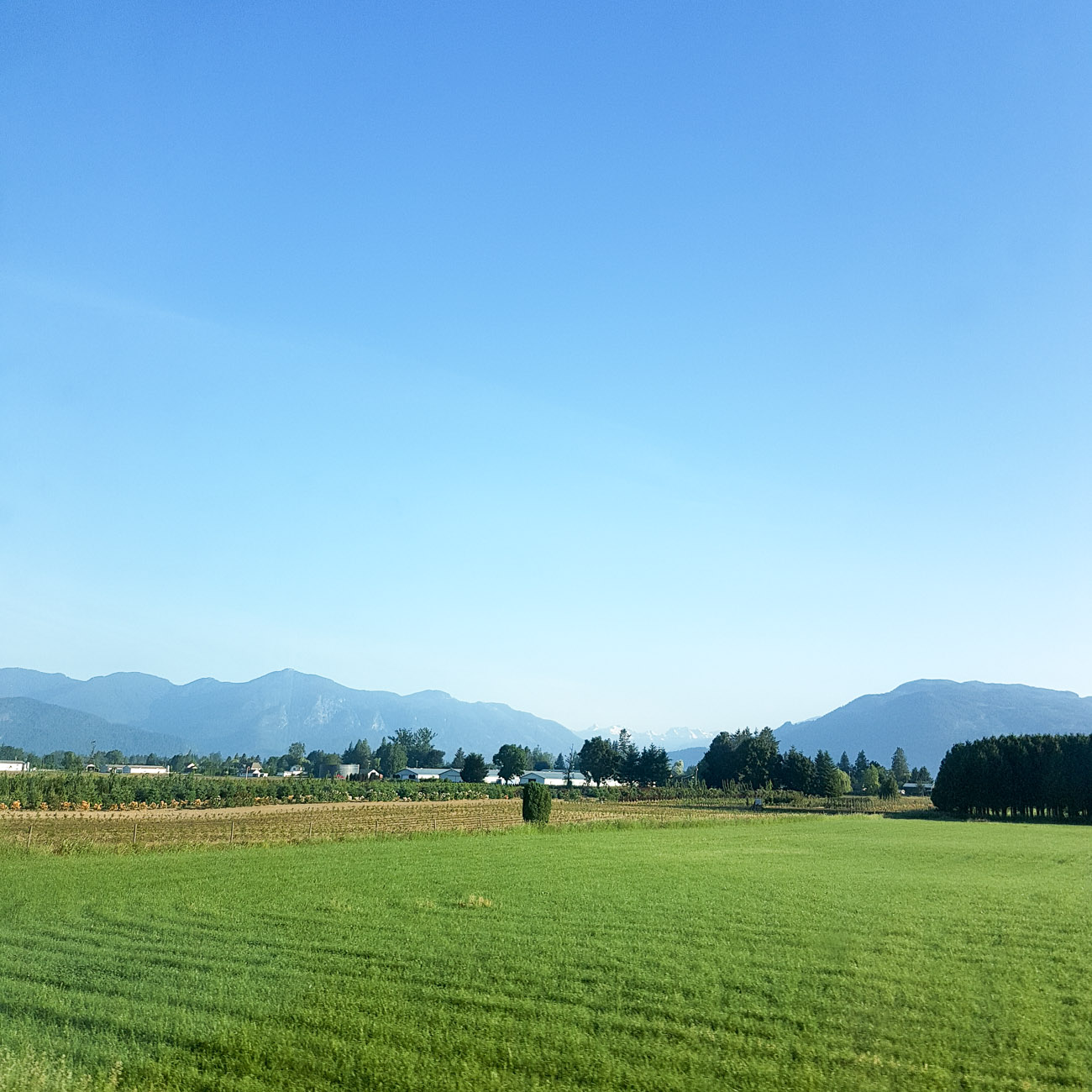 Woke up to this view instead of a train platform

Finally, we arrive at Vancouver Pacific Central station at around 10am, just a bit over 24 hours late. My days of eating three course meals daily like a King has finally come to an end. 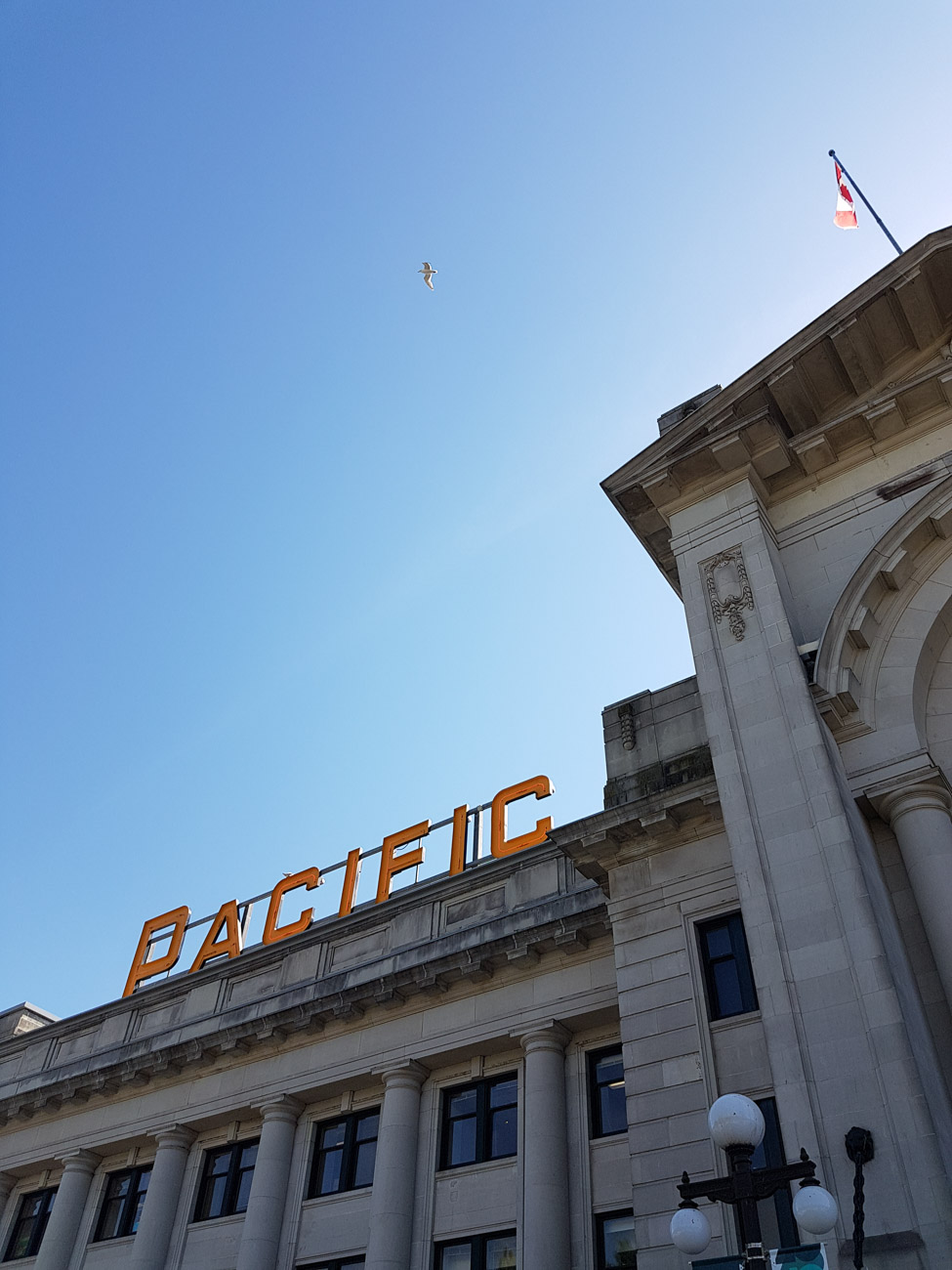 It was a good trip but takes quite a bit of time commitment for sure. It also let me experience just how shitty passenger rail service in Canada is. The rural communities of Ontario only get two or three trains a week, and you can’t even count on it being on-time! Despite this, VIA’s staff onboard worked hard to provide excellent customer service. It’s a cool way to see Canada, I’d recommend it.