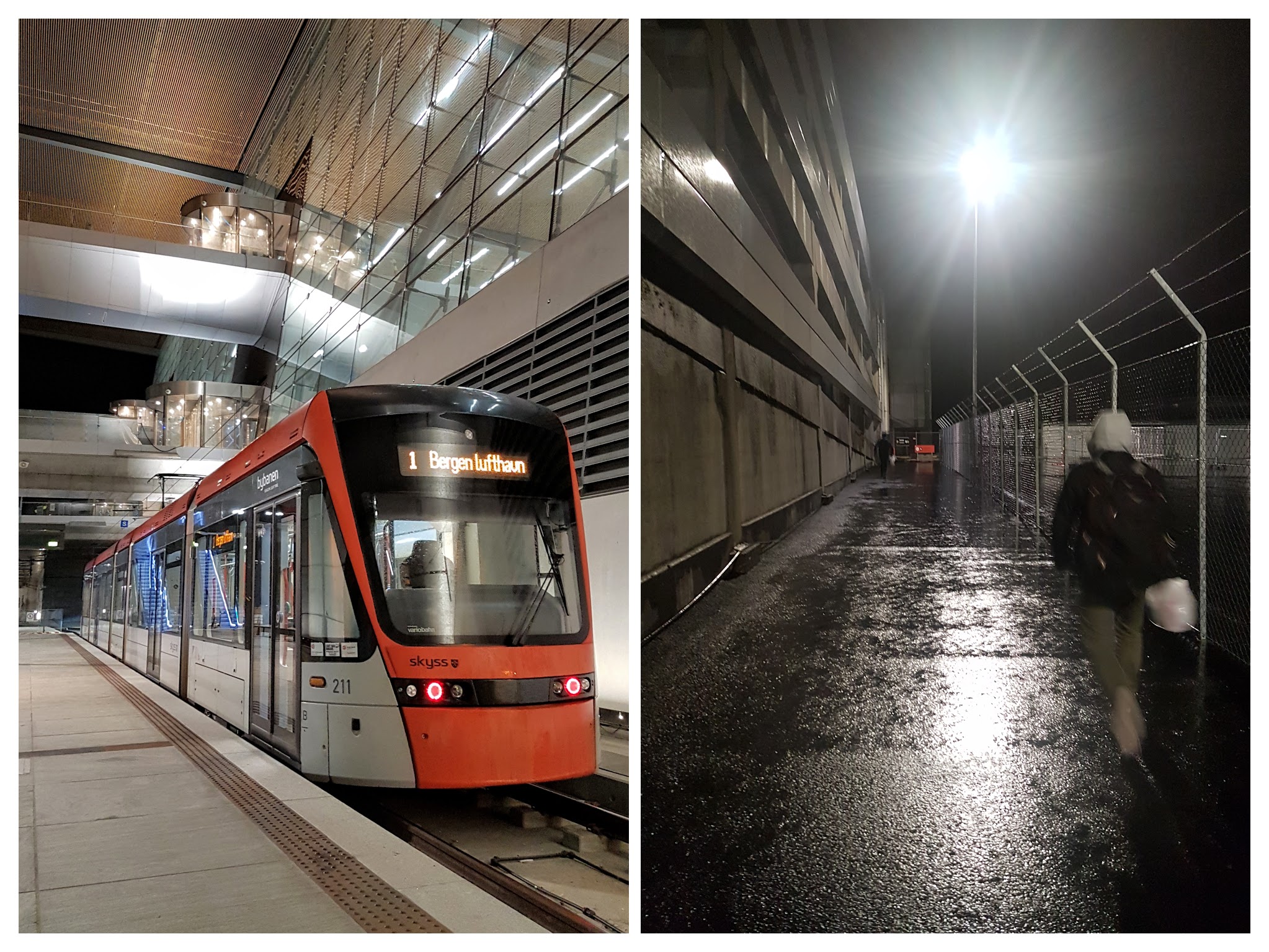 The new Bybanen (Light Rail) extension to the Airport had just been completed. We had to walk in the dark wet night through numerous construction detours to get there, but it was worth it.

Next morning, we headed up the Fløyen mountain on the funicular railway. I haven’t been on a funicular in a while so that was an exciting experience. At end of the funicular ride, panoramic views abound. 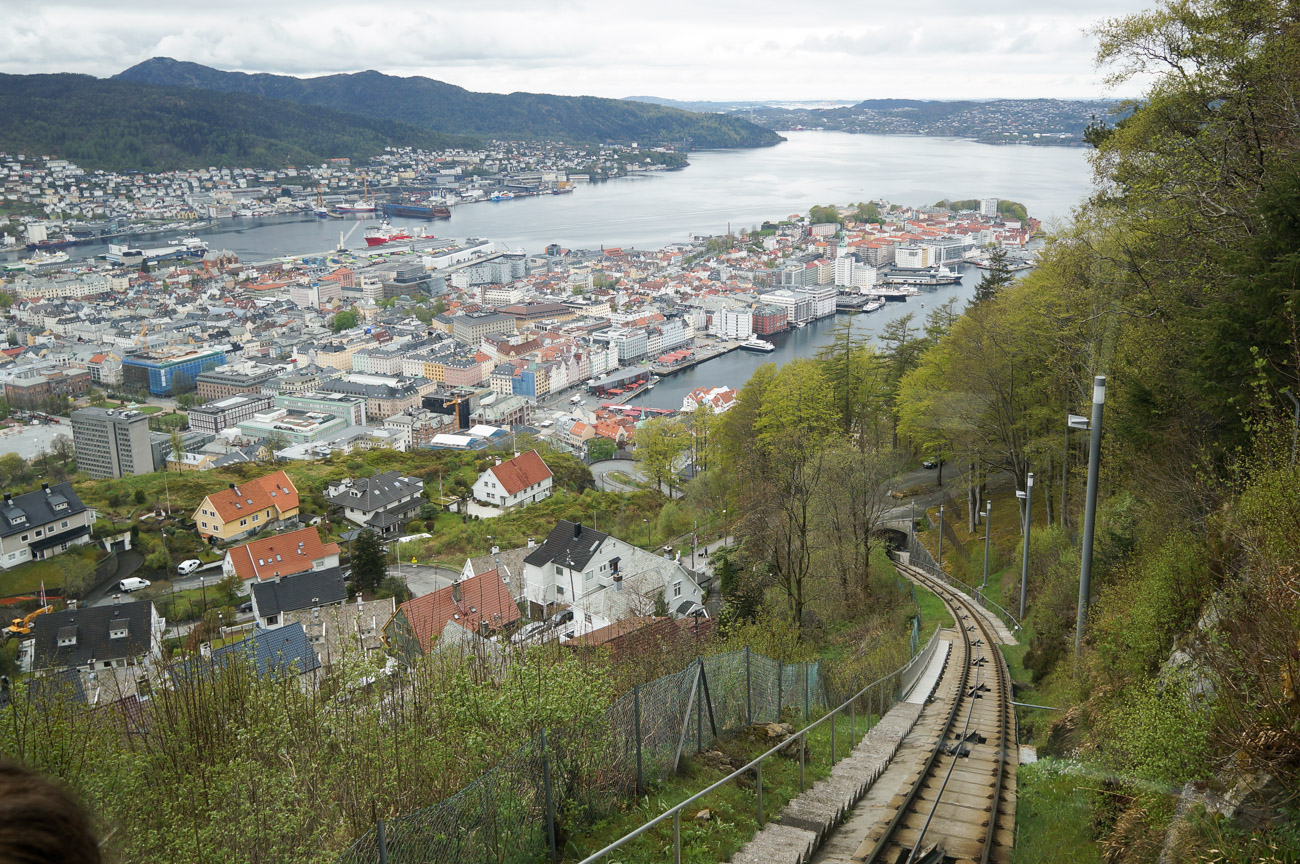 Look ma, I can see the whole city!

We decided to save money by walking down the mountain. Here be Trolls. 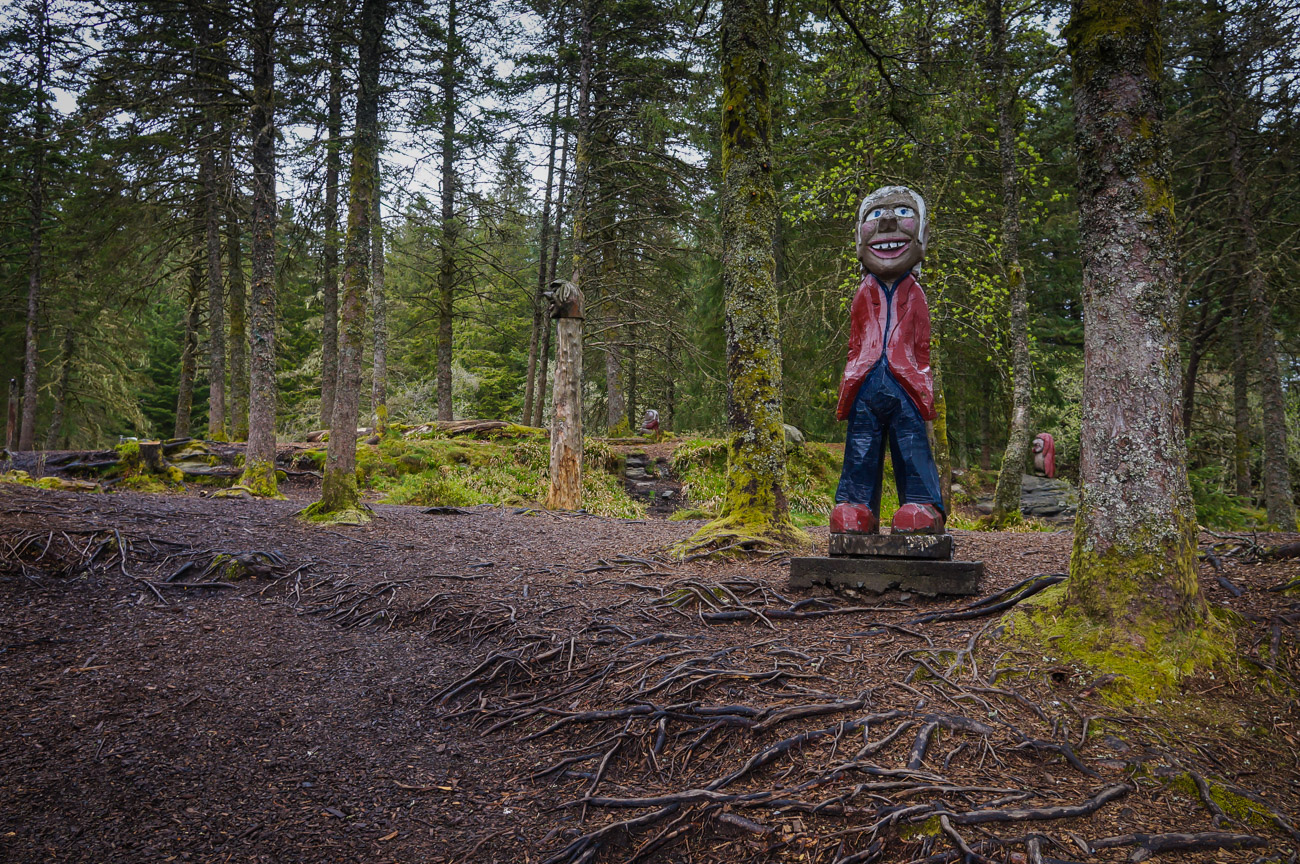 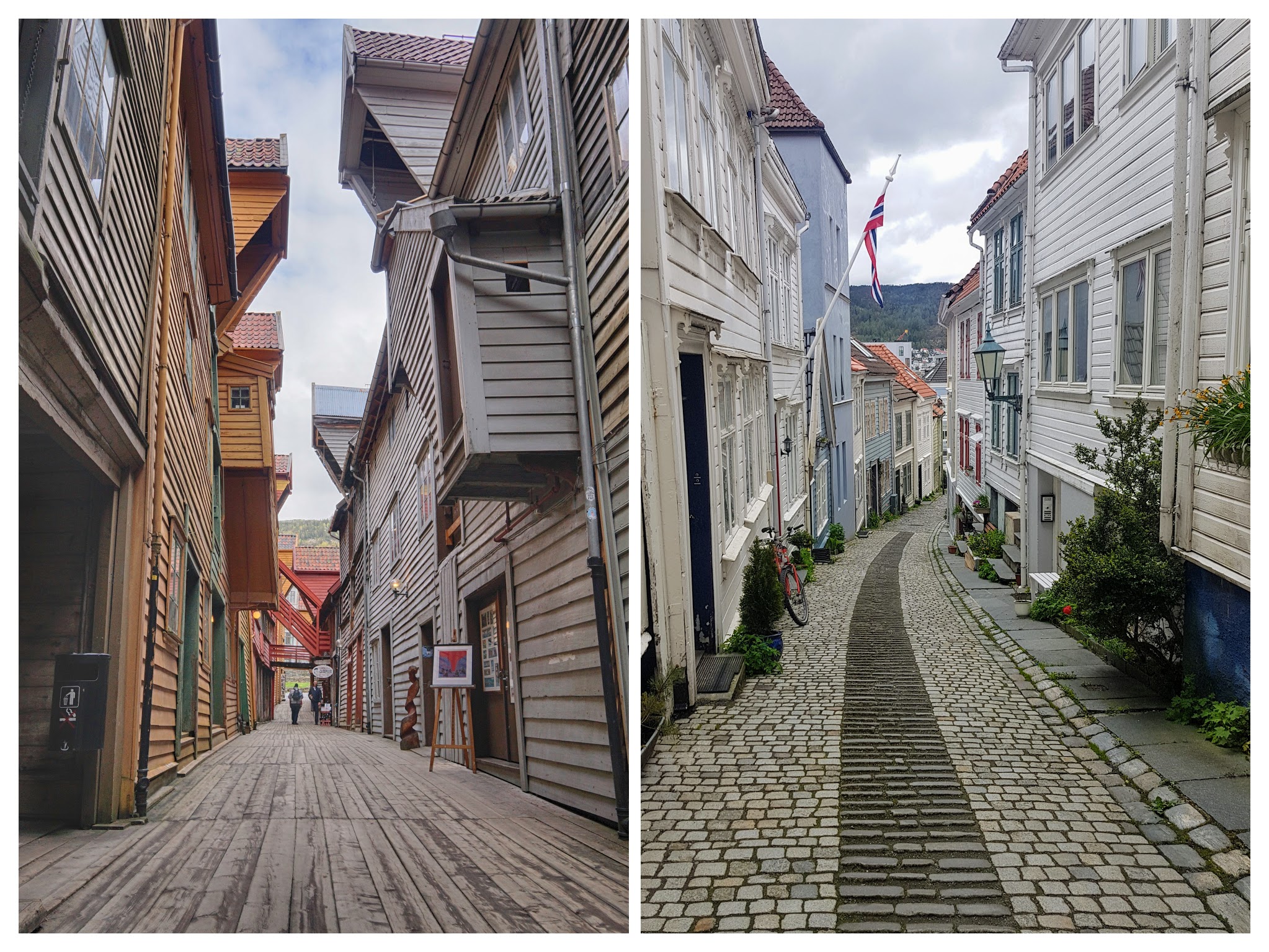 But this cat doesn’t seem to mind that it’s taking up the entire path.

As the evening sets in, we realized the benefit of high latitude in the summer … there was still ample daytime left! A quick bus ride took us to the foot of Strandafjellet. A short hike up later, the city reveals itself… 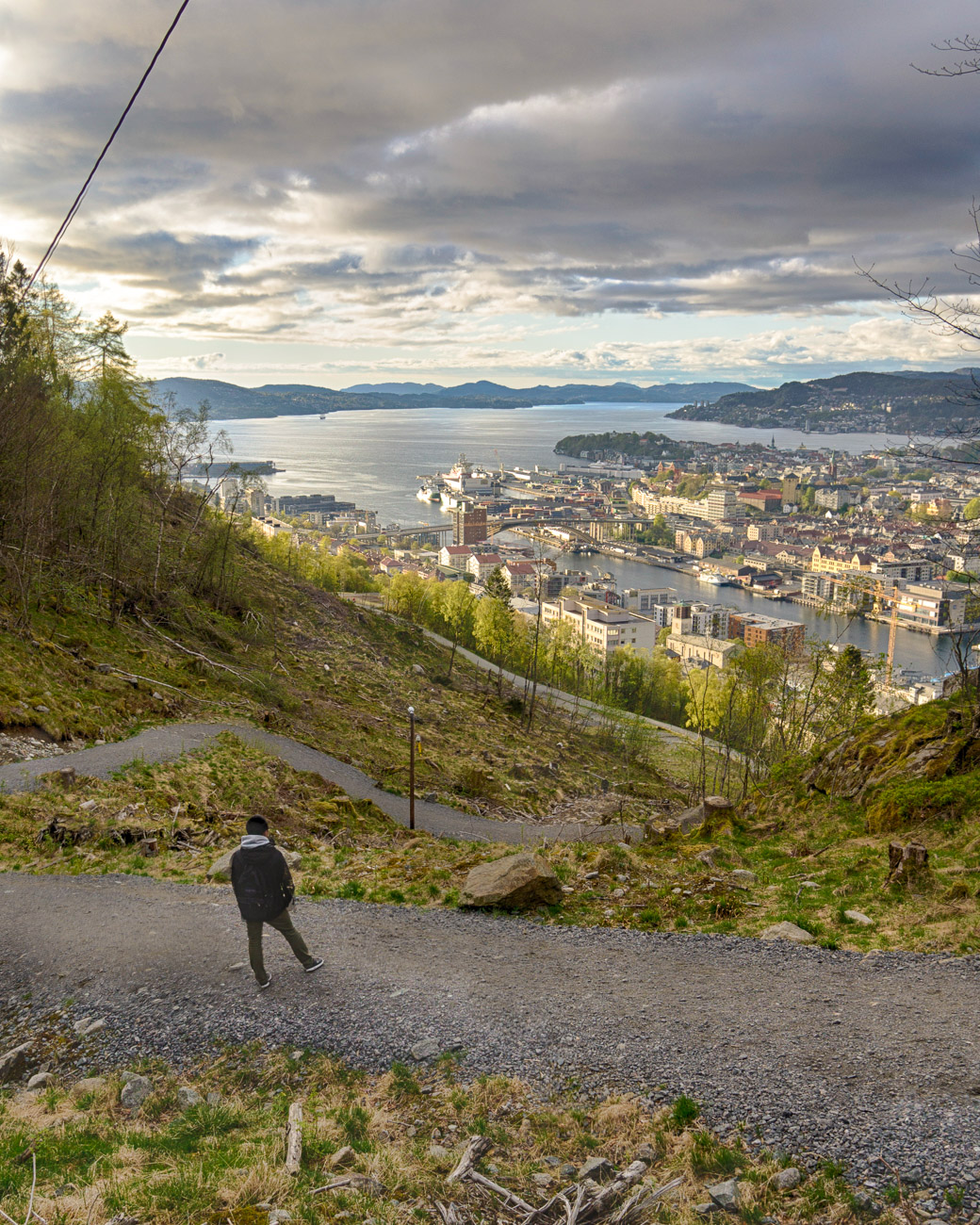 I’d never been in a city that is so in one with its nature and geography. Also, the local University’s student pub Det Akademiske Kvarter was massively better than Waterloo’s Bomber. Only downside is they didn’t have bar seating, so it took more courage and effort to chat with people. All in, Bergen seems like a good place to do your exchange term!