Last time I was Jasper a little bit over a year ago, having spent maybe three hours as The Canadian was being refuelled. This year for Canada day long weekend, I’m going back to actually check things out.

Driving in from Edmonton was less scenic compared to taking the train. For one, you can’t see Wabamun Lake from Yellowhead Highway. Having breakfast while zooming past the beautiful sunrise over Wabamun Lake was one of the best things that happened on the train.

The transition between rolling hills and Northern Ontario-like terrain and damn tall mountains was quite sudden. As soon as we drove past Hinton, the mountains start to make an immediate impression.

First order of business: spa! We headed to Miette Hot Springs for some affordable $6 (as of 2019) hot bath. Sadly it had been raining in the days prior so the water was only lukewarm 😢. After the bath, a short hike nearby brought us to the source of the hot spring near the original swimming pool. Mmmmmm rotten egg smells everywhere.

We ended the day with a short hike on the Red Squirrel Run Trail, easily reachable from the town.

It’s raining but we decided to go up the Whistlers peak (not to be confused with the one in B.C.) anyways for some mountain-top breakfast. Apparently rain turns into snow at altitude, so we were greeted with this alien landscape instead of panoramic views seen on the brochures.

Normally I would have loved to do a half-hike half-tram thing. But with the weather the way it is, slip-n-slide isn’t really something I was craving for.

Just so it happens, two The Canadian trains were meeting up in Jasper as we were driving back to town! Words could not express my excitement.

Valley of the Five Lakes

Rain eased off in the afternoon and we headed for the Valley of the Five Lakes. The biggest disappointment of this attraction is that the lakes were prosaically named “First Lake”, “Second Lake”, “Third Lake”, and so on. Very factual and practical but lacks romance.

We then drove to Mount Edith Cavell. The little rental Corolla had no trouble hauling us to those beautiful views. The texture of this place was just amazing. I am in love.

After a short hike, we can finally see the mountain in her full glory. The bits of sunlight desperate to break through the clouds only serve to accentuate the texture even more. As the clouds move in seemingly random directions, they add an exciting dynamic presentation to a mountain that’s been static for millions of years.

I didn’t have time to set up a time lapse but you can imagine it yourself.

As the sky began to darken (let’s be real, it was never bright today in the first place), we drove to the last stop of the day – Maligne Canyon. The crevices were very deep and dangerous. 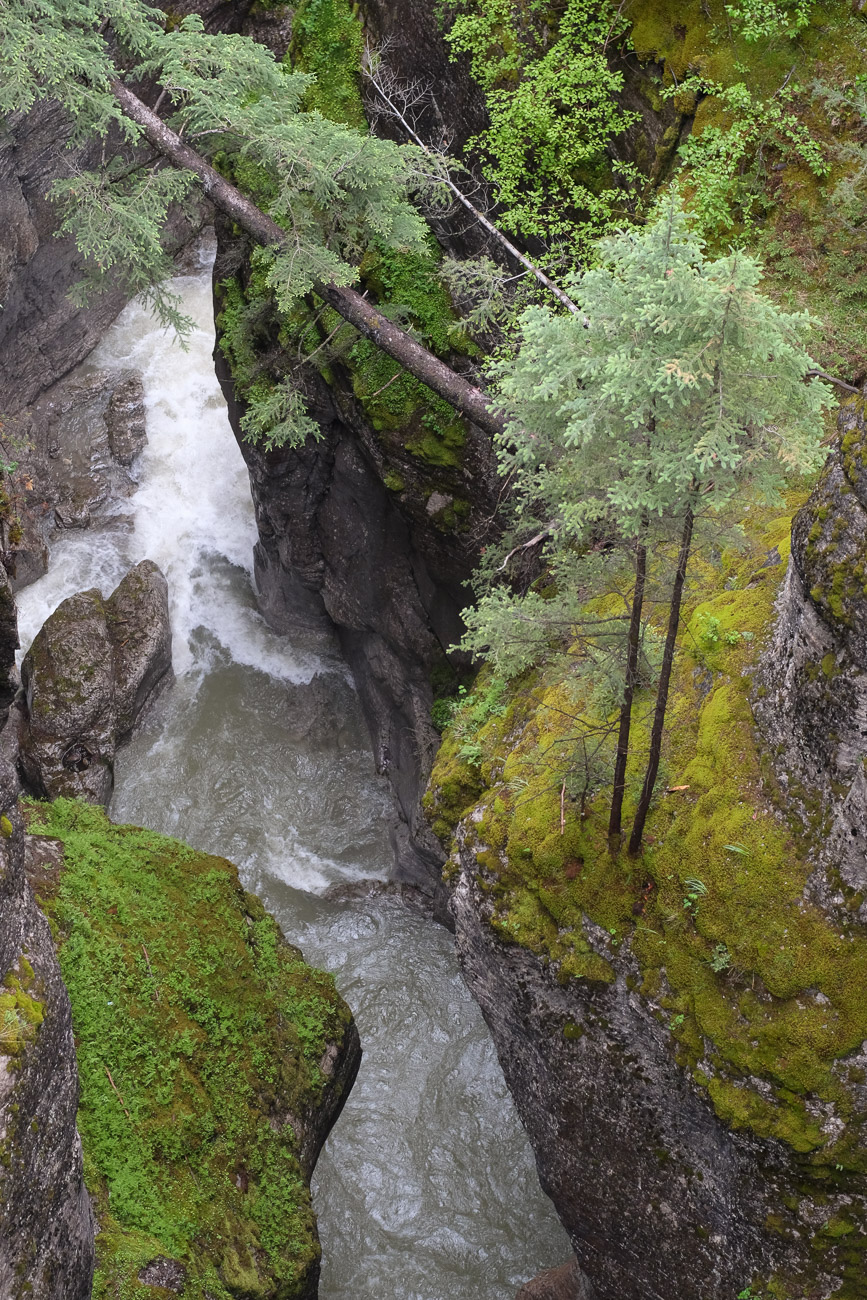 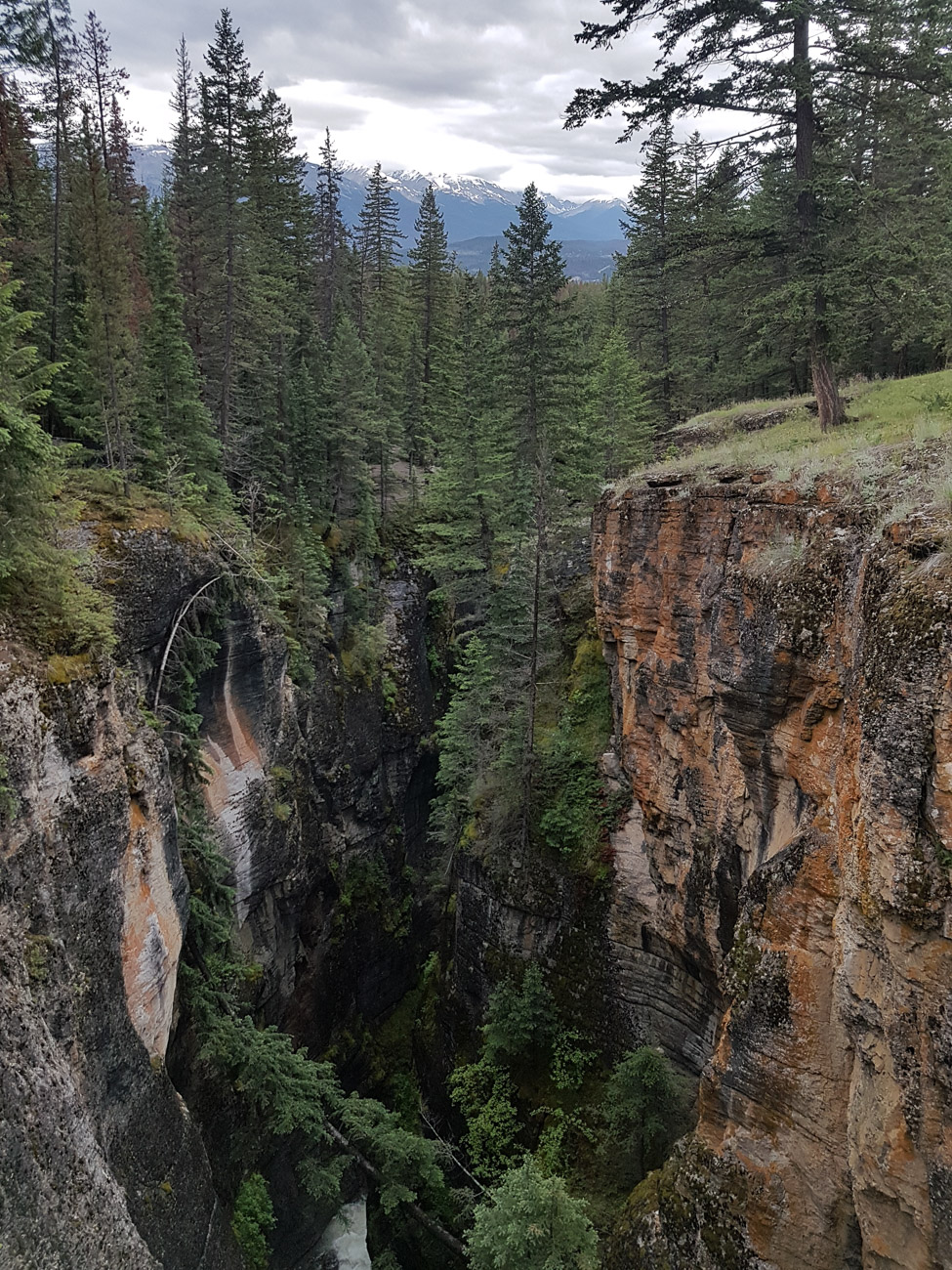 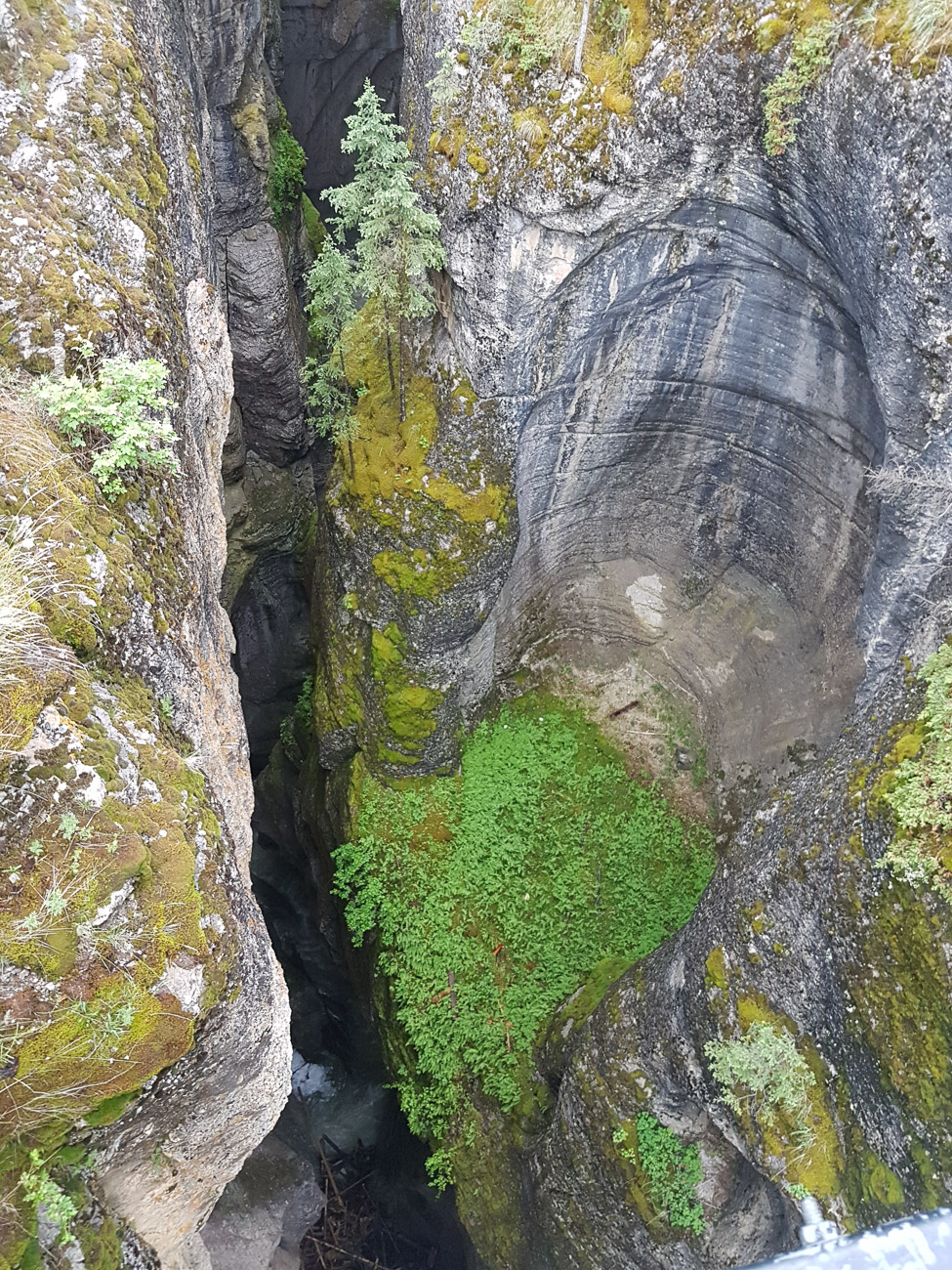