After arriving Medellin and taking the longest taxi ride ever from the airport, we finally arrived in the city. We started our journey at Estación Poblado heading north. It was mid-afternoon, and trains were absolutely packed! 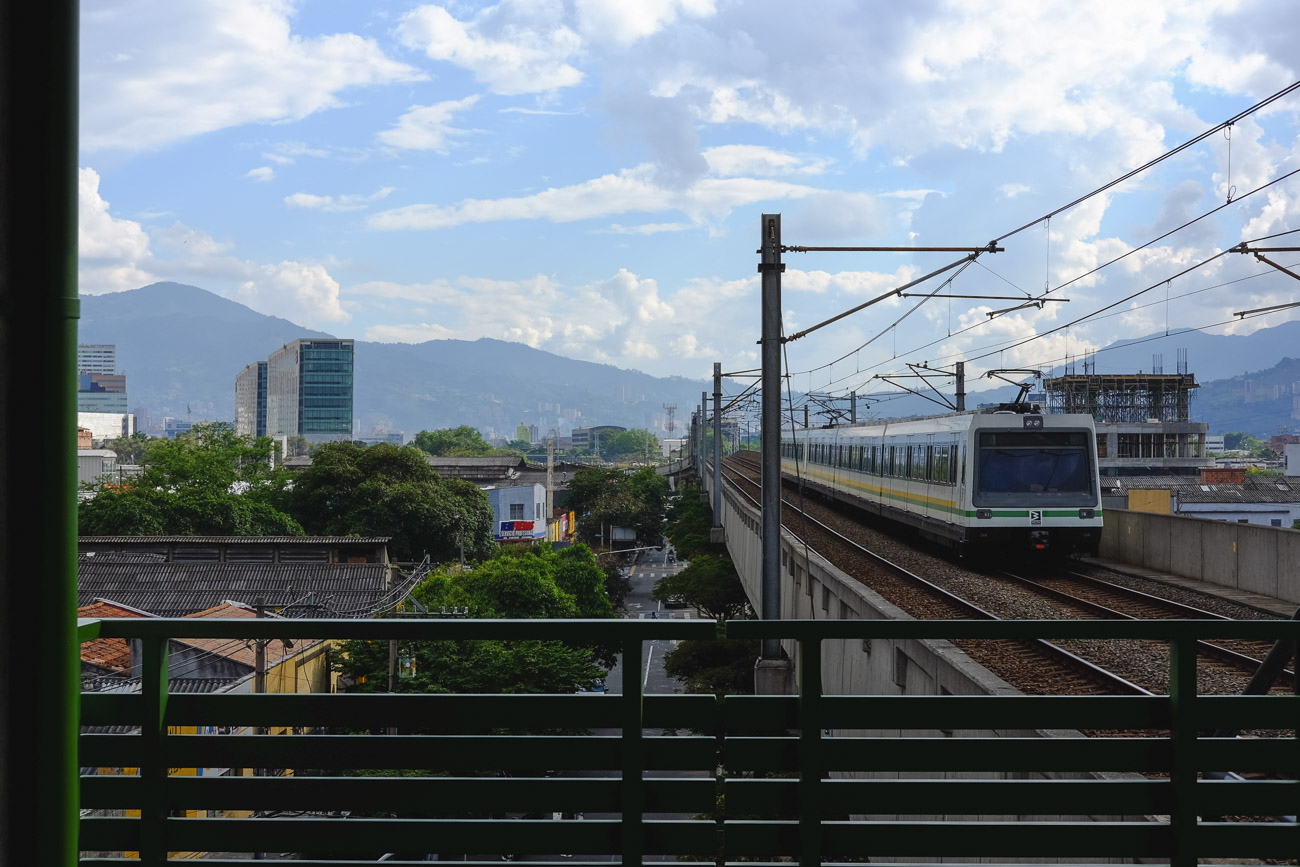 The Medellín Metro runs a fleet of MAN and CAF trains, pictured here is an older MAN train. We got to ride both trains and they were so smooth it was easy to fall asleep on them.

Calidad de Vida, or “Quality of Life”, is the Metro’s slogan. Indeed, the system is a critical part of life in Medellin. The locals take care of it … there is no littering, graffiti, or vandalism. The cleanliness combined with smooth trains reminded me of Singapore MRT. 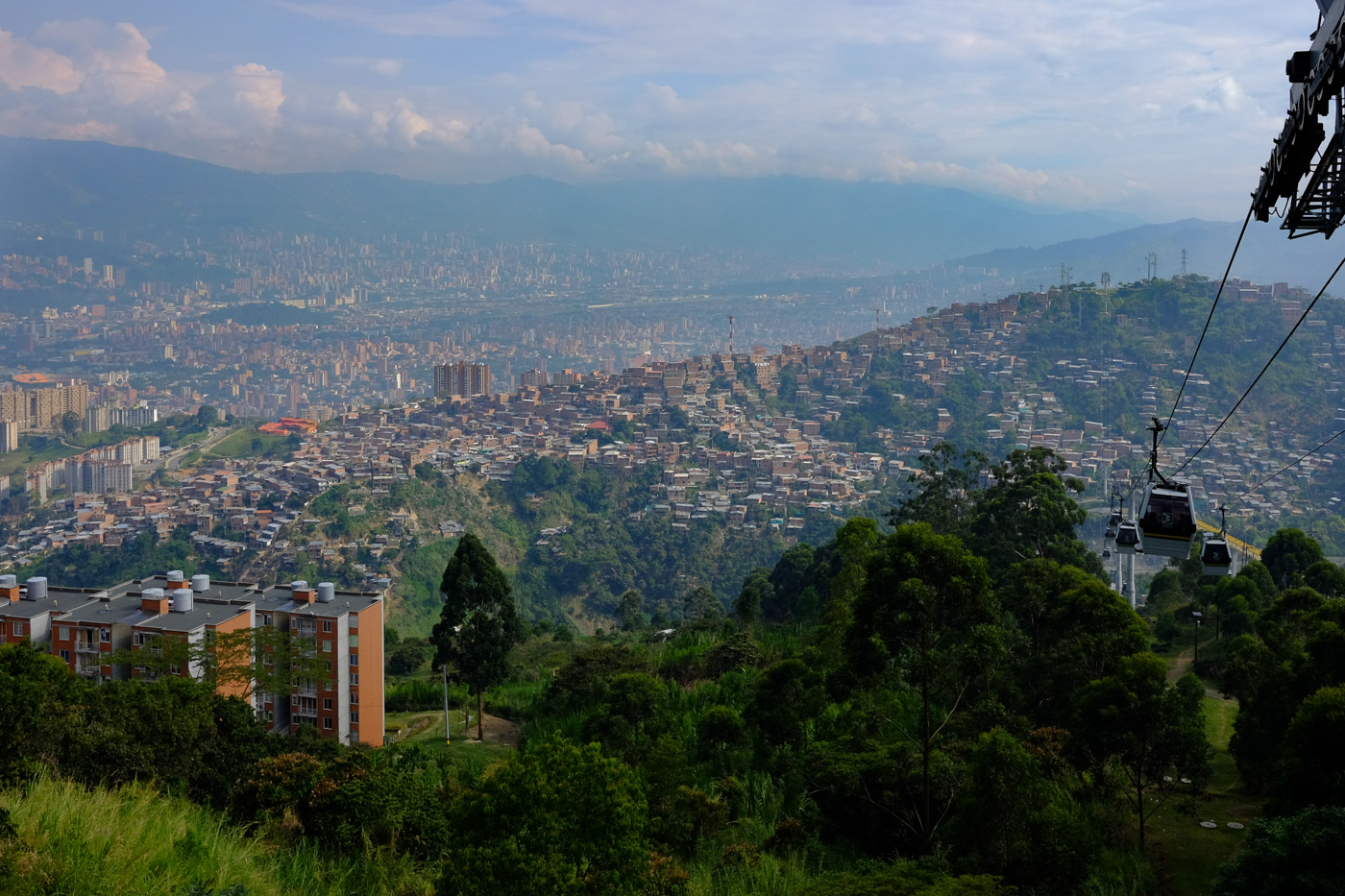 The Metrocable was also very exciting to ride. An innovation to take something normally reserved for resorts and tourist attractions for everyday commuter use. Like the trains, cable cars were also super smooth. 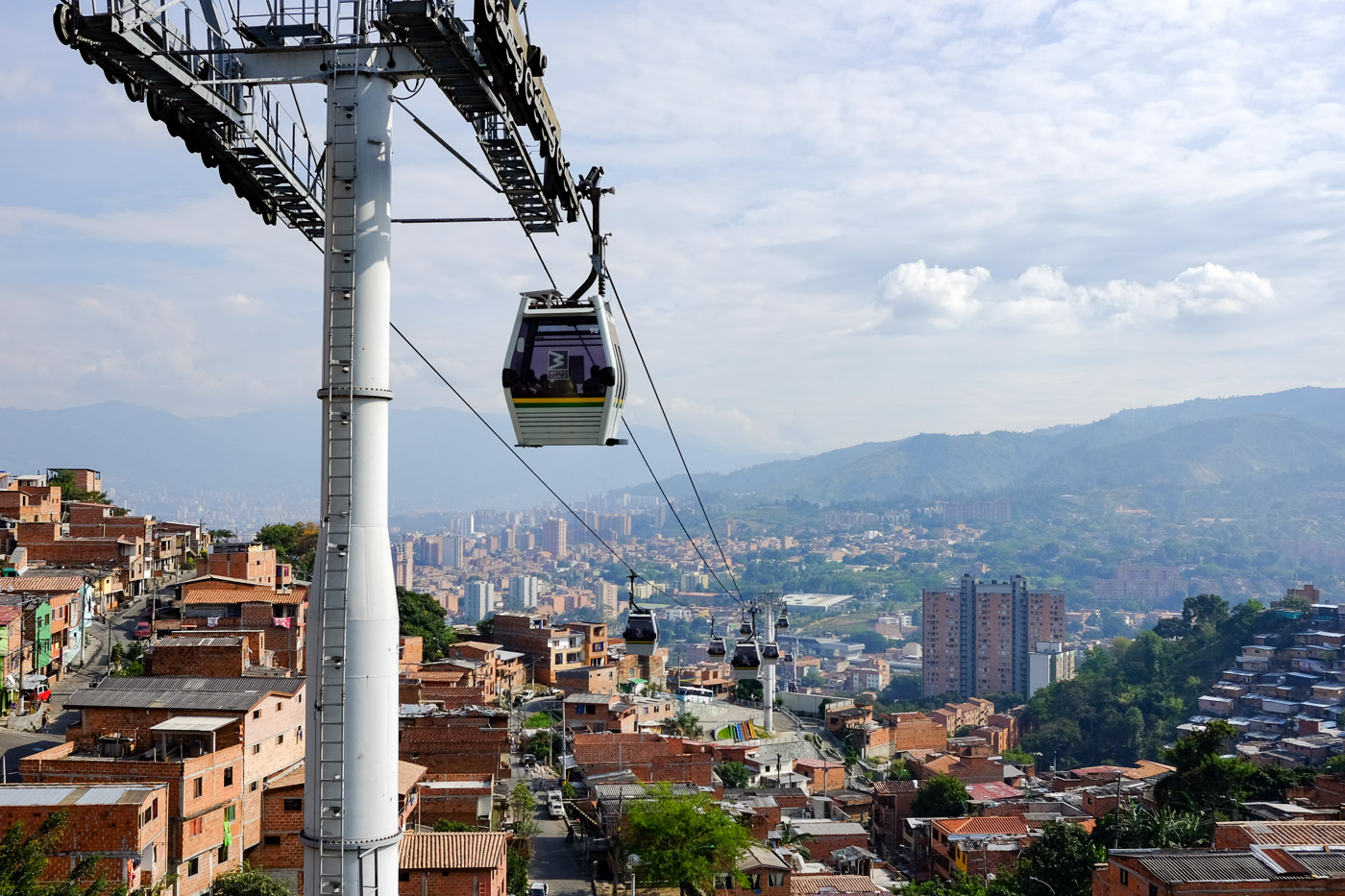 We tried to ride as many Metrocable lines as we could, and somehow ended up on line L towards Arví. We had no idea where it was taking us … we were going higher and higher until we were flying over this dense forest. It felt like we were transplanted. Coming back from Arví, we could see the city nestled in the Aburrá Valley. Pretty sick view. 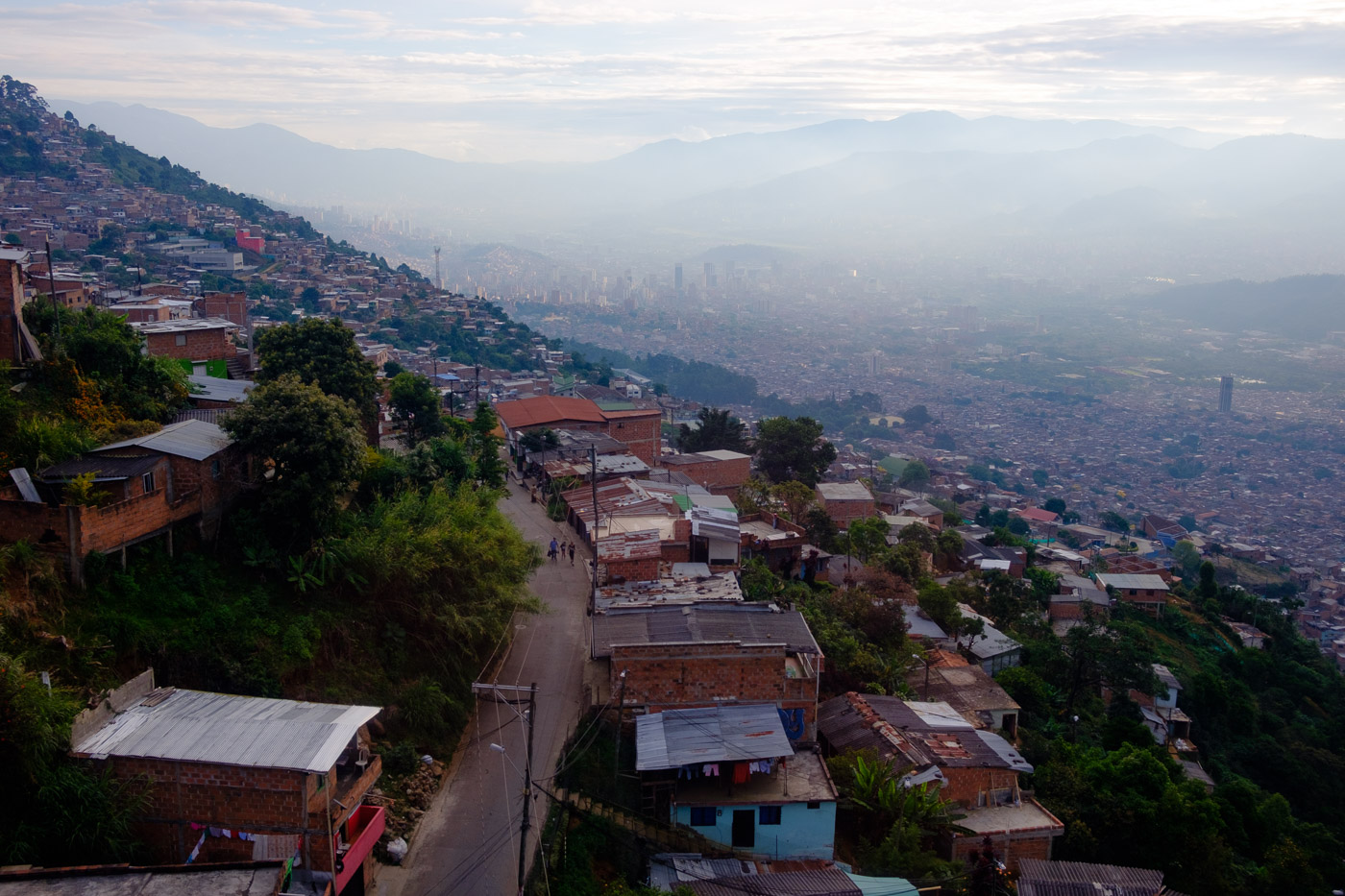 On our last day in Medellín, we did a walking tour of the downtown. Our guide was very knowledgeable and personable, and we learned about the history of Medellín. 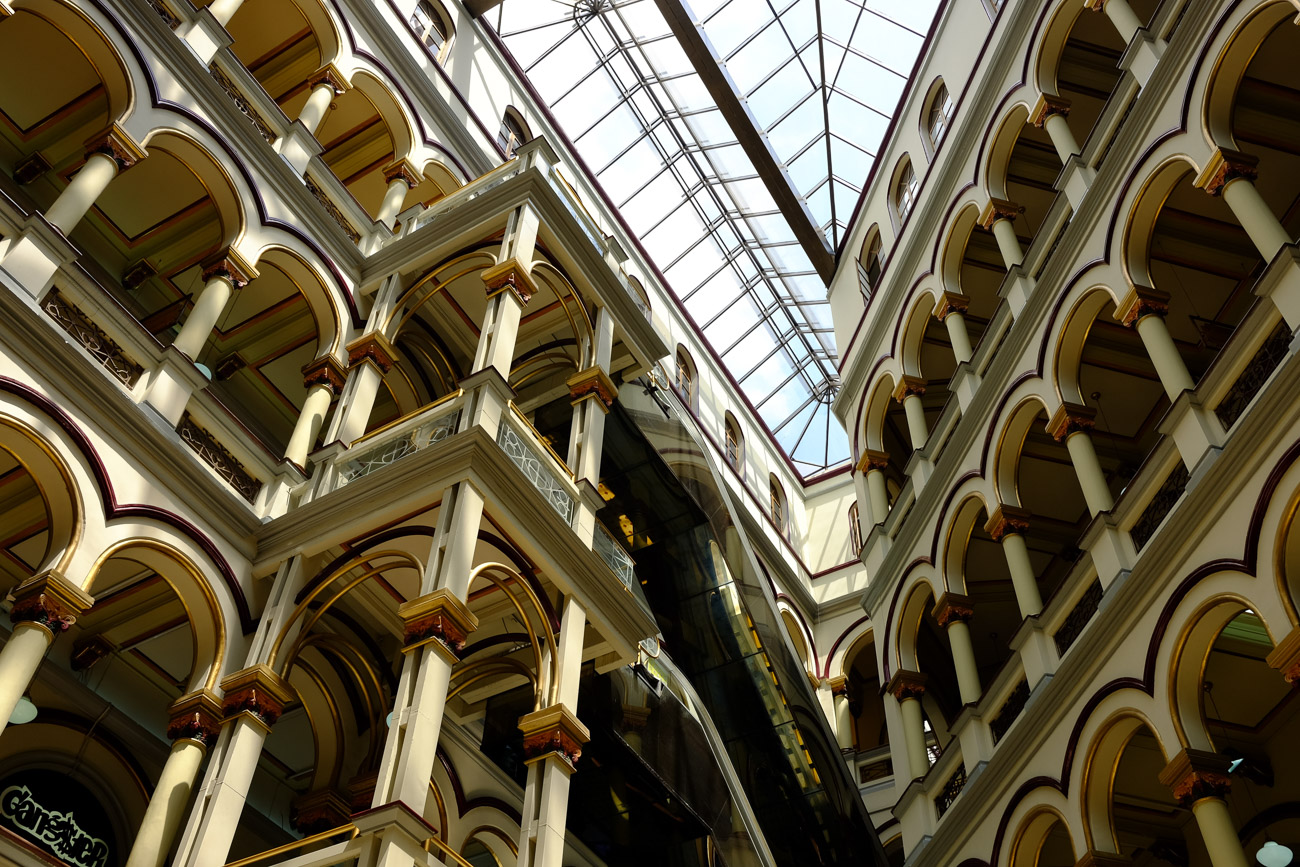 Some interesting things of note on the tour: 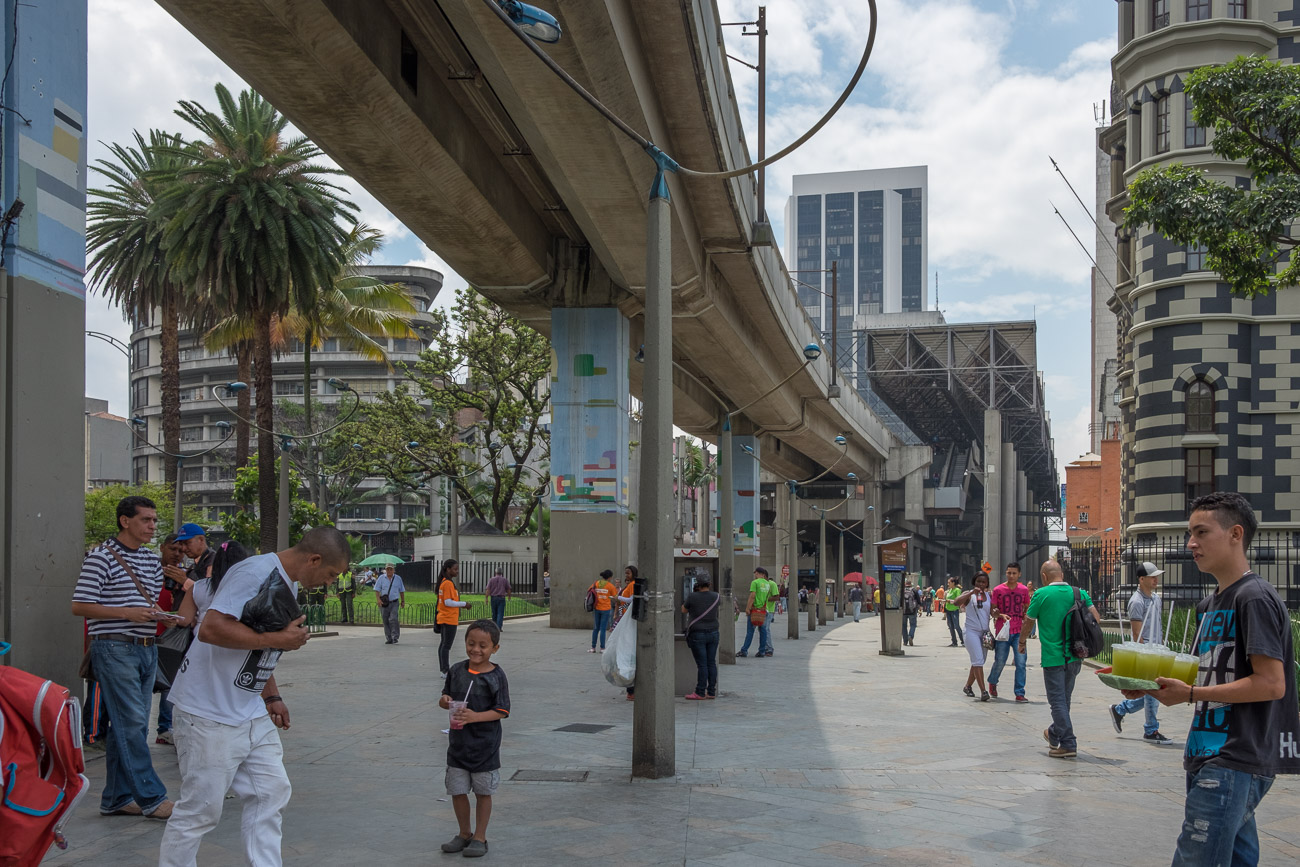 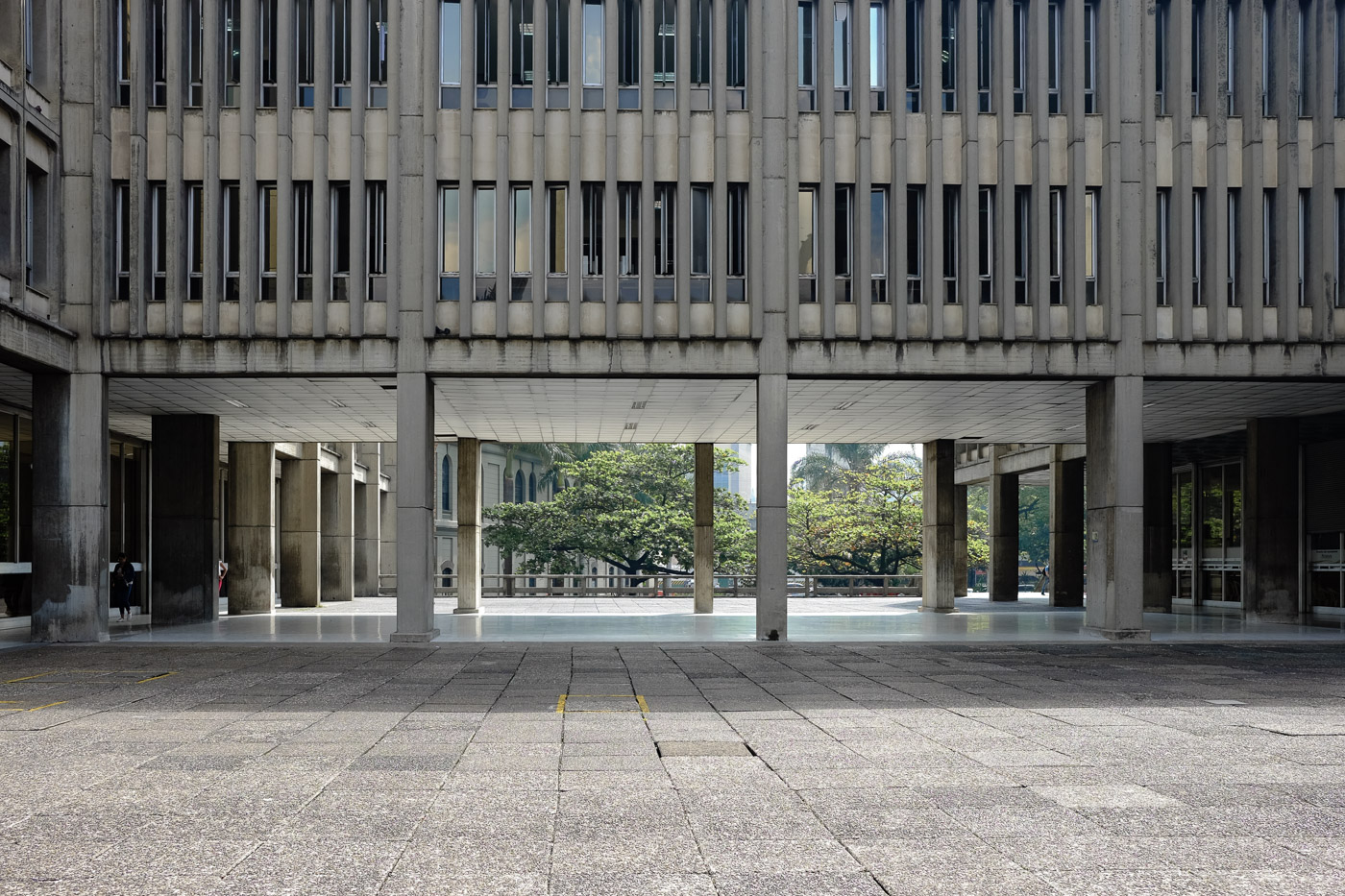 We went to Mercado del Río, which was situated next to the posh Bancolombia Medellín headquarters. Everybody in Mercado del Río was in nice dress shirts and have taken care of themselves quite well.

This place is supposed to be a market for food from all around the world, but we did not come to Medellín for stir fry. So we ended up with these delicious arepas from “La Olla Atomica”. 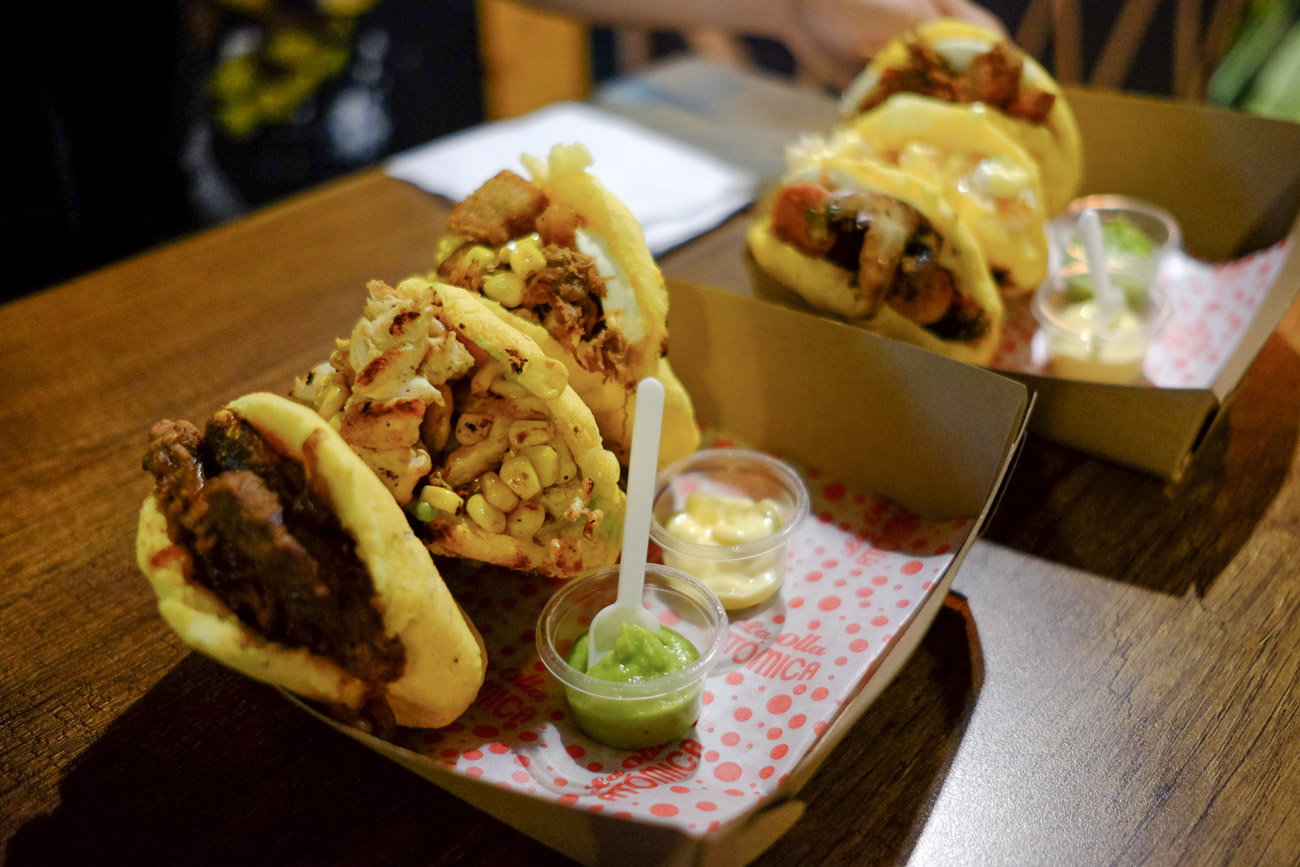 And here is Cazuela de fríjoles from Hacienda, with a Mini Bandeja Paisa in the background. A fantastic end to our trip. 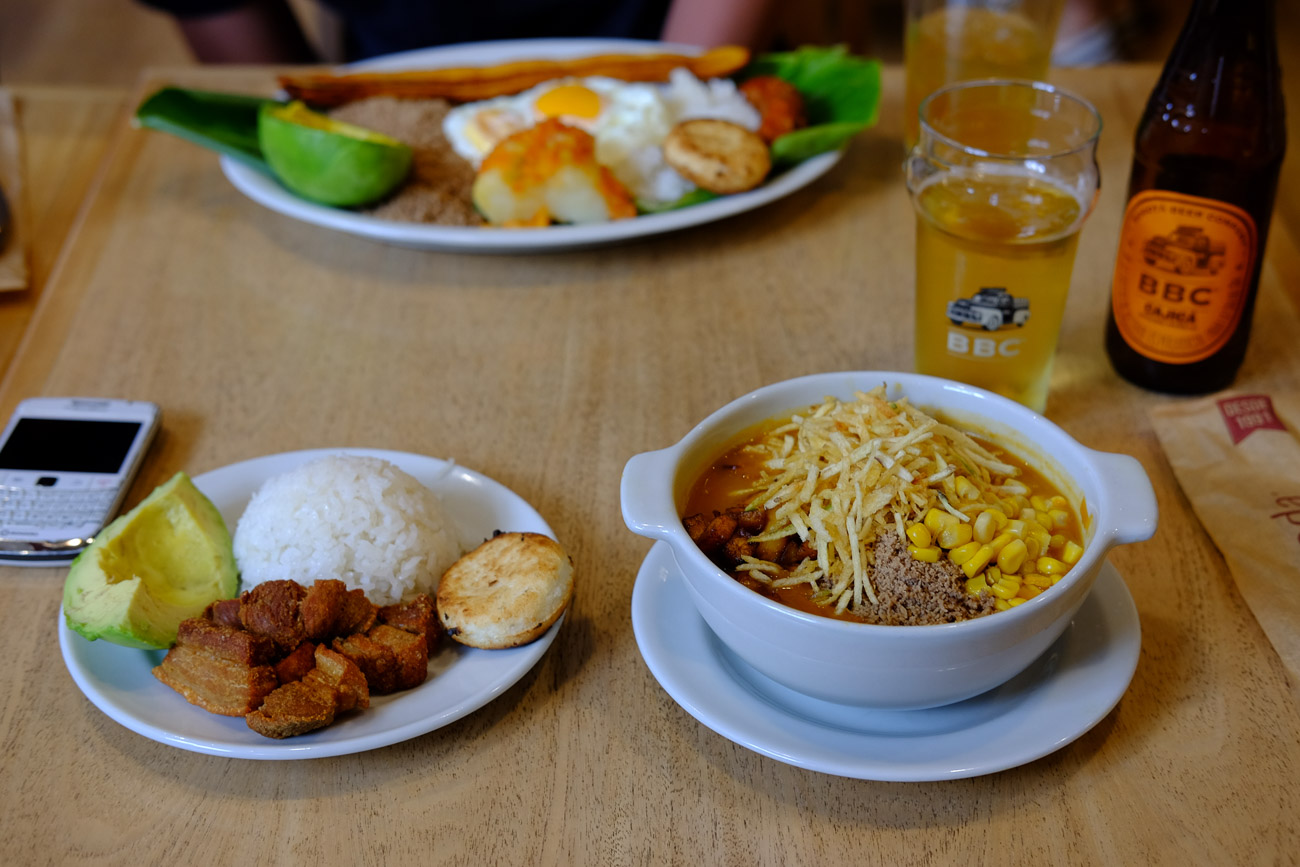 On our last evening, we headed to Pueblito Paisa and were lucky enough to catch two full rainbows over Medellín (cover photo)… it was a truly magical moment and I couldn’t have asked for a better conclusion to the trip. 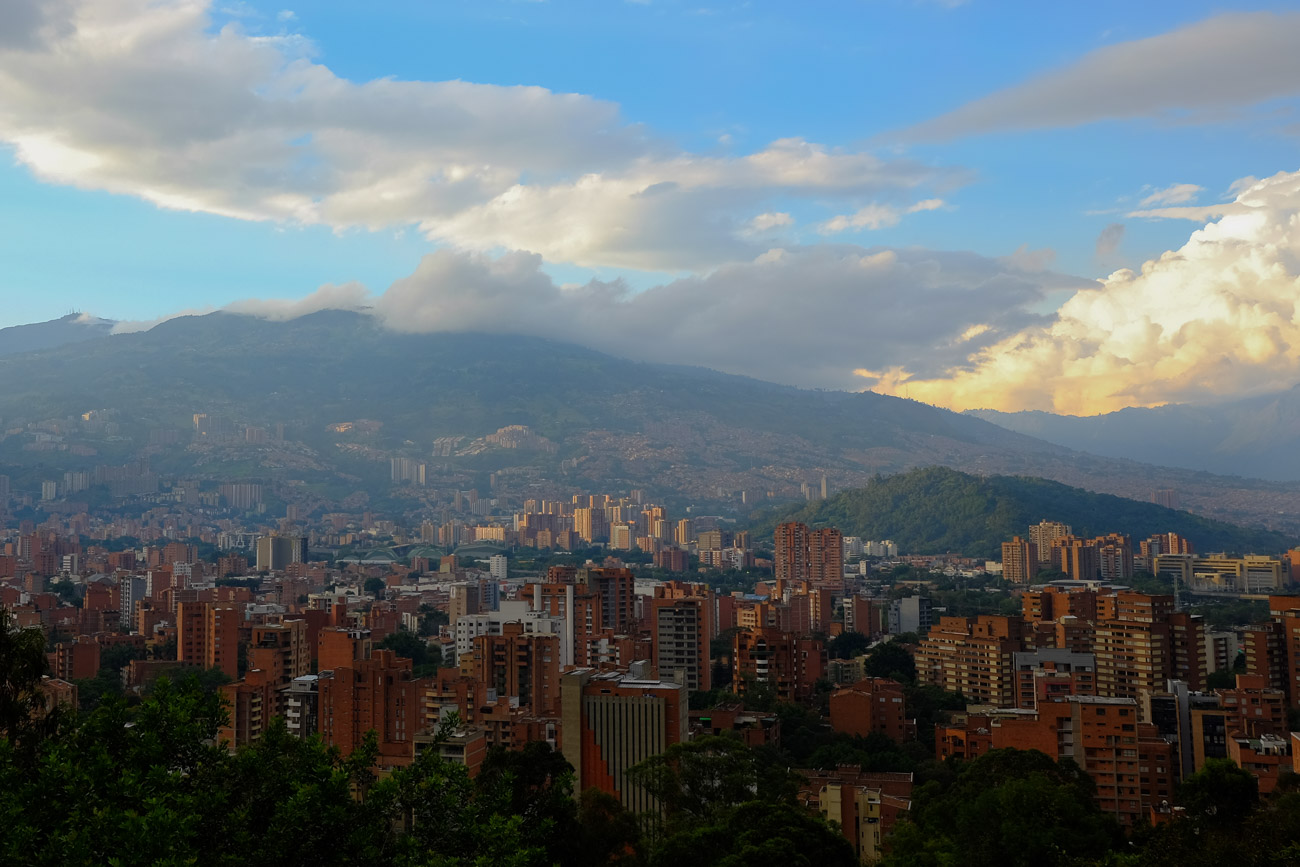 Colombia is a beautiful country with wonderful people and delicious food. It pains me that my camera was oftentimes stuck inside the bag because I could not gauge whether it was safe enough to take it out. 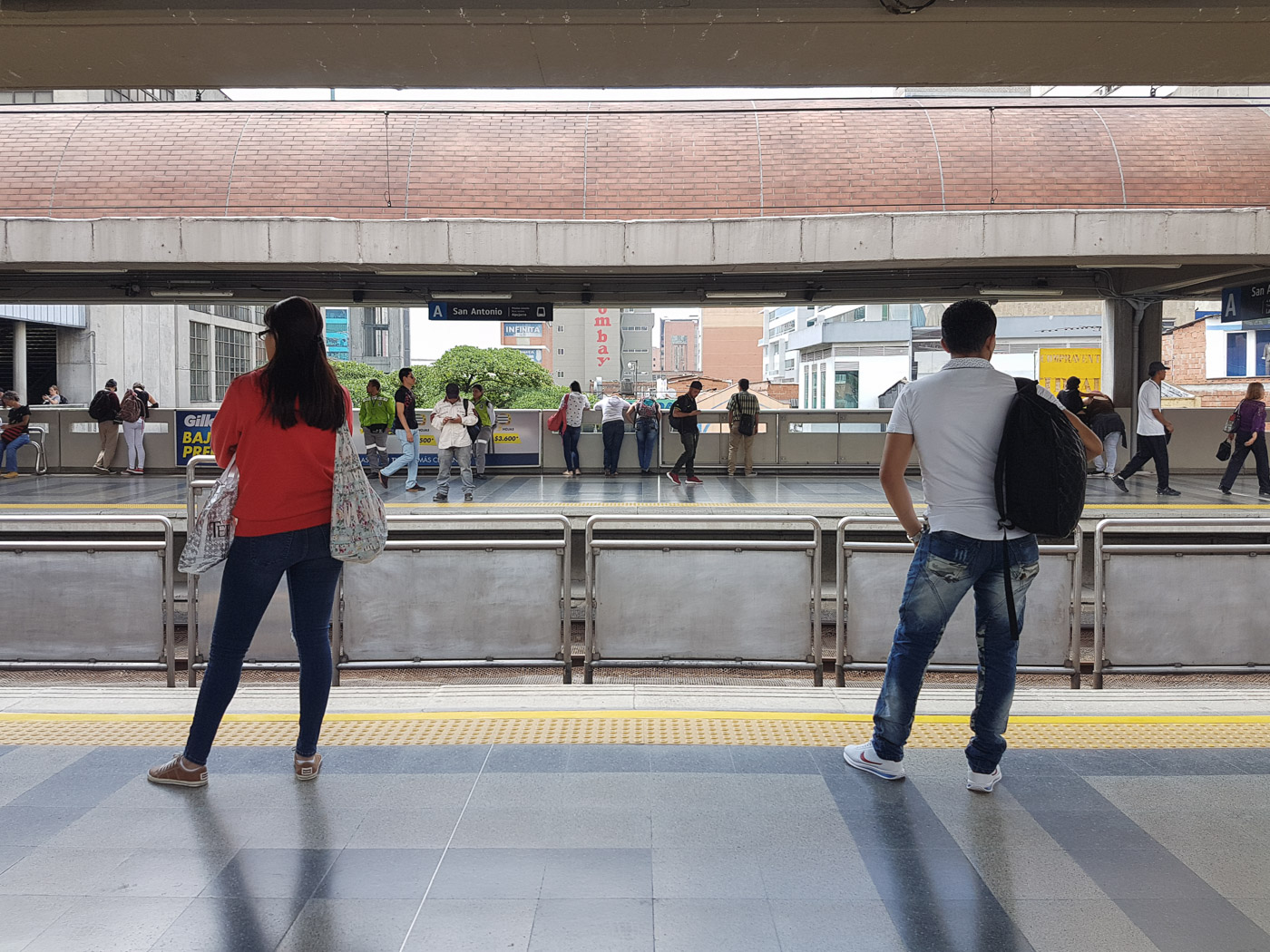