Getting from Den Haag to Amsterdam was super easy with Nederlandse Spoorwegen. We also enjoyed a glimpse of the tulip fields as the train passed by the area near Keukenhof.

Sadly it was raining for most parts of the time we were in Amsterdam, but with a hooded jacket we were able to explore most of it. 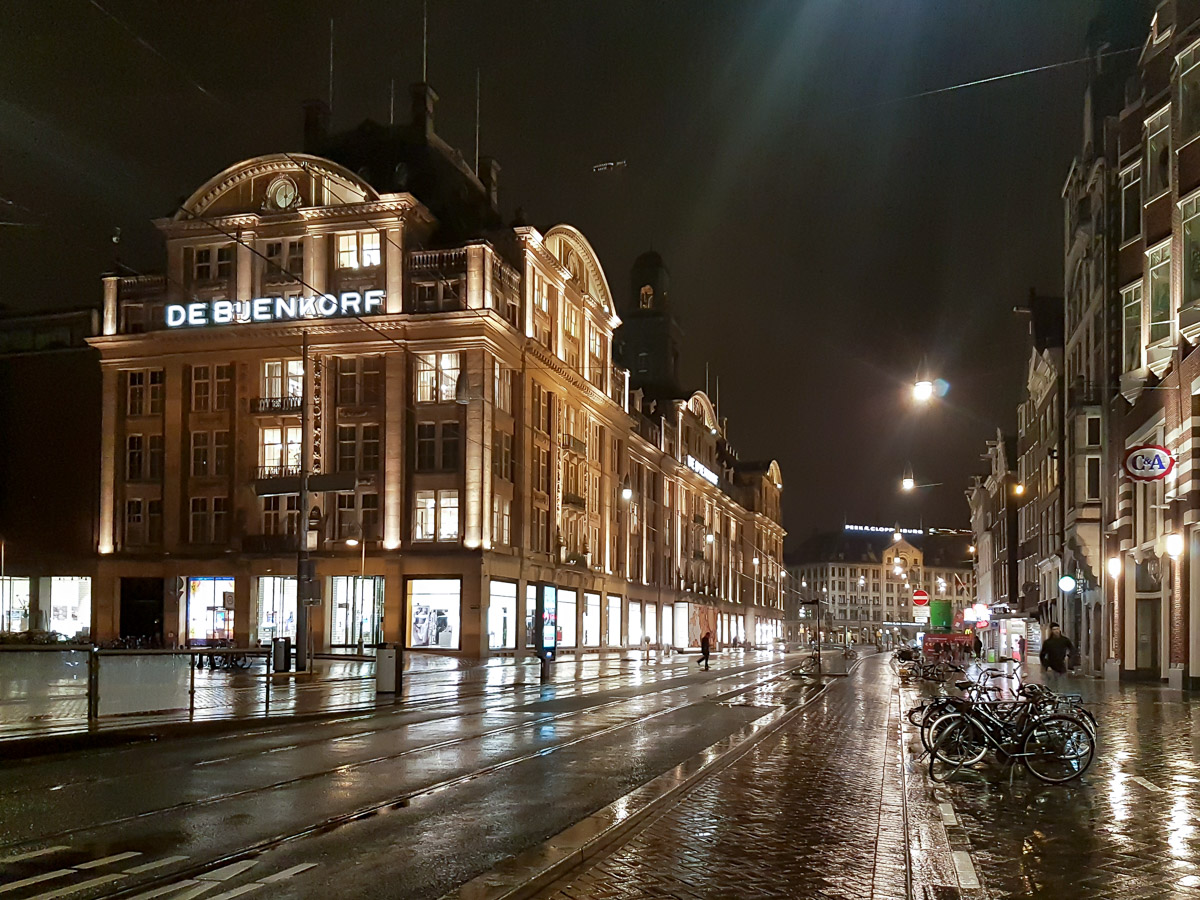 Centrum at Night, after the rain

We took the standard canal boat tour. A Chinese tourist sitting next to us paid zero attention to anything other than his phone – the drama he’s watching did look more exciting than the drab grey skies. 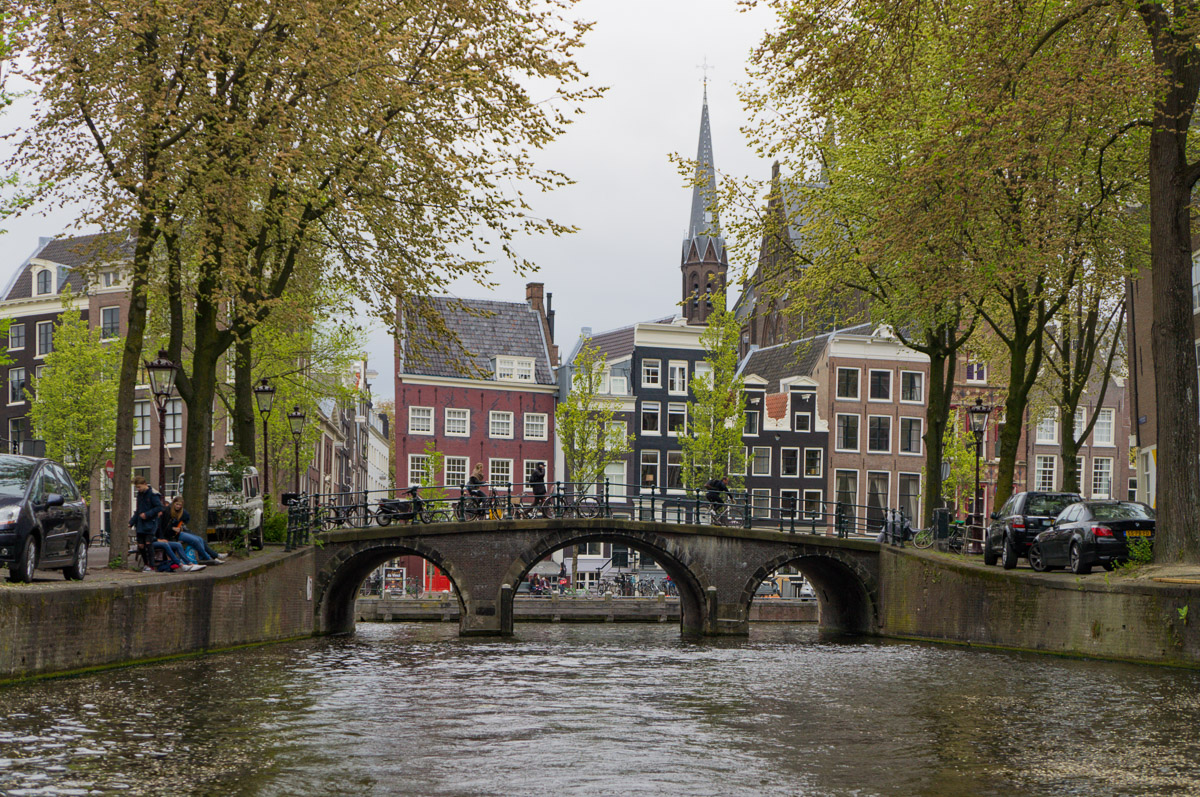 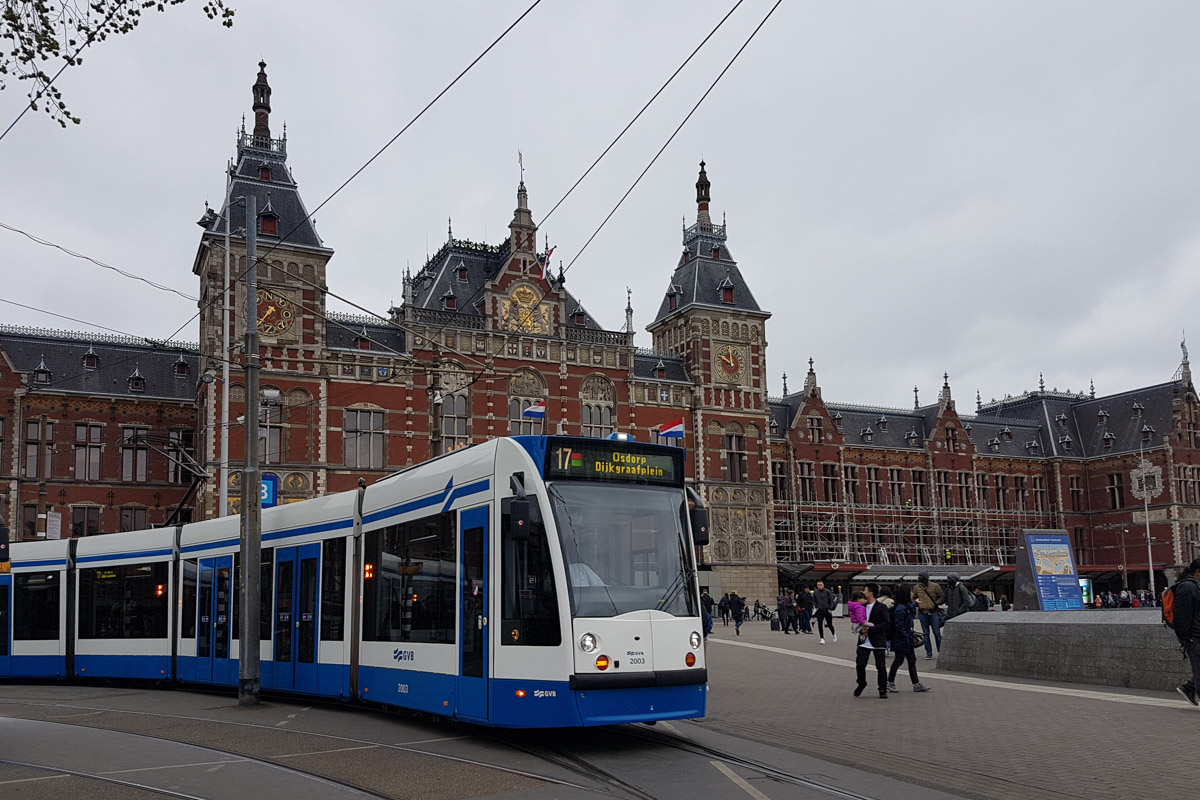 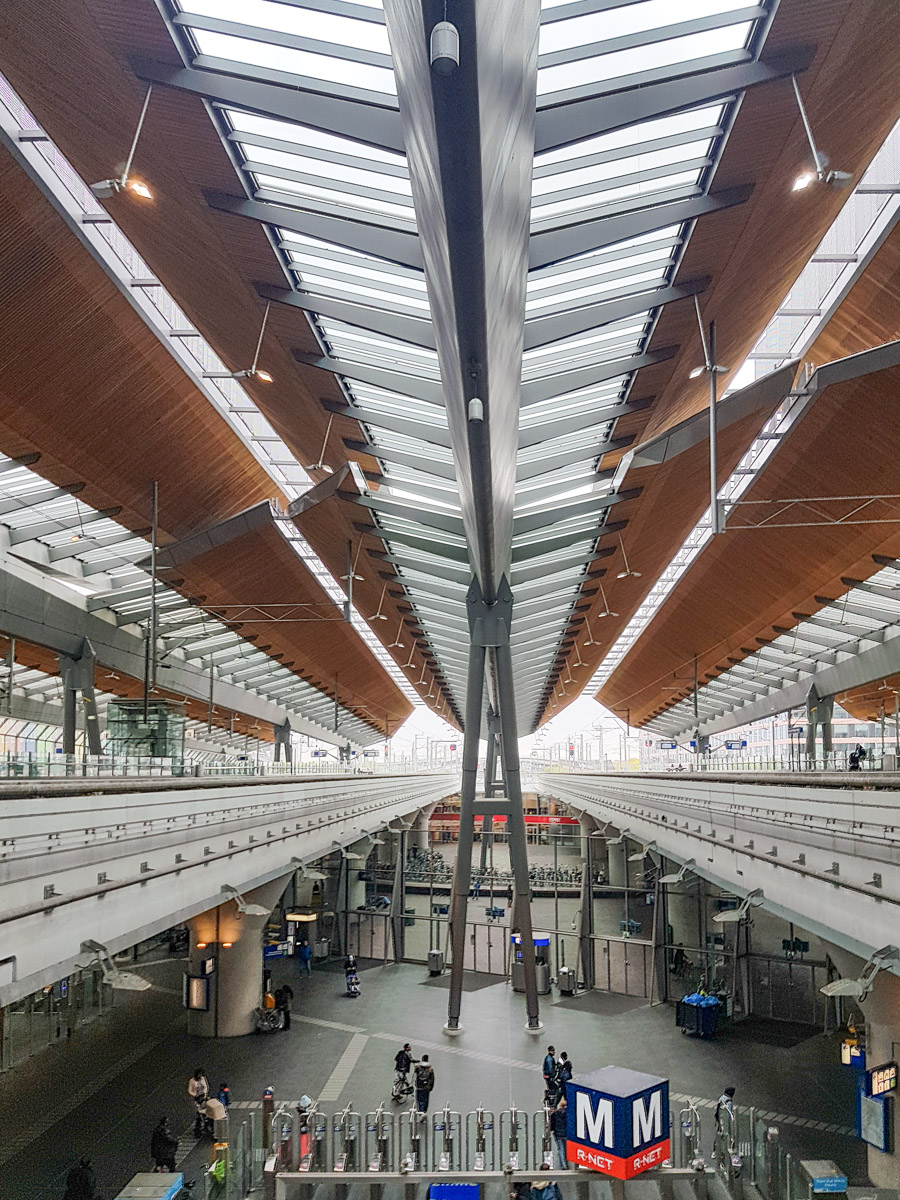 The club/party/bar scene wasn’t quite what we expected. We could only find expensive tourist bars, and of course a lot of red-light related businesses which I wasn’t too keen to spend money on.

North of the IJ, we find Zaanse Schans … a popular place full of iconic windmills. The nearby town of Zaandam has lots of food options as well. 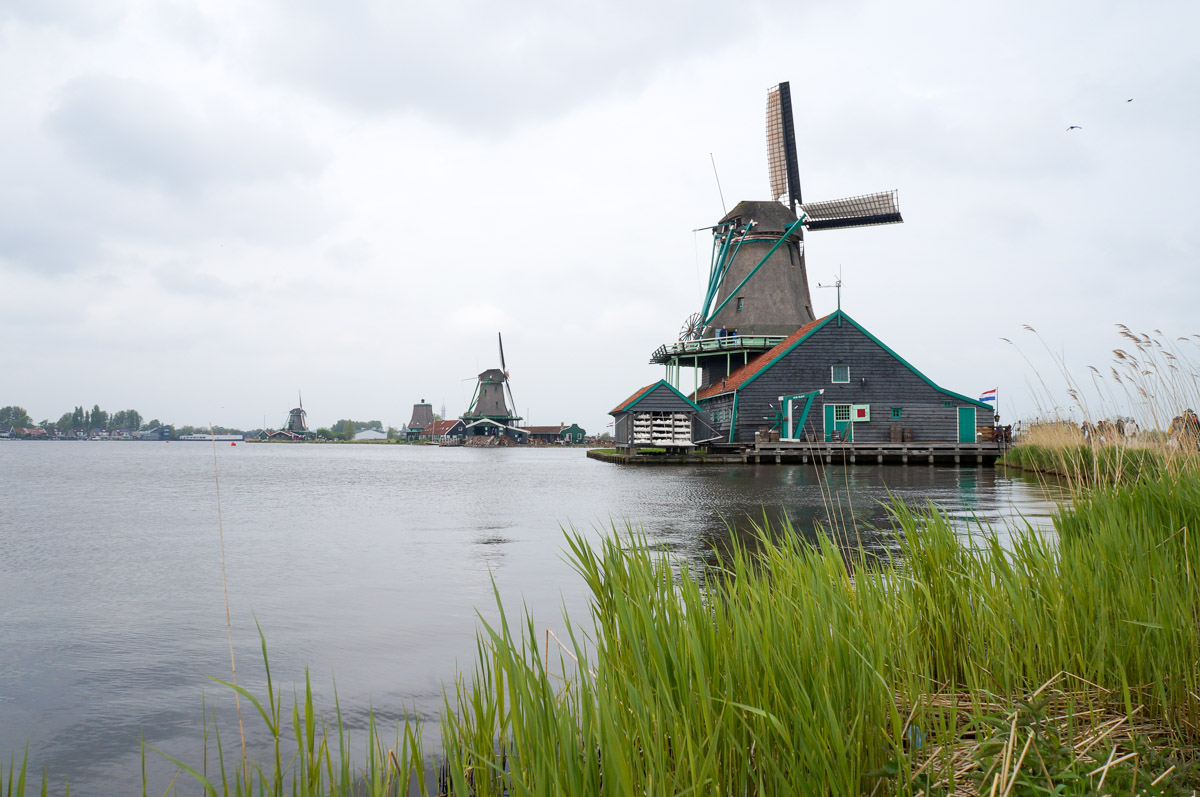 We took a train to Hillegom and checked out the tulip fields, since I was too cheap to buy a ticket for Keukenhof. It was very nice to be able to see the tulips up and close in the fields. I accidentally deleted the pictures from that afternoon, so this picture of Hillegom station will have to do. 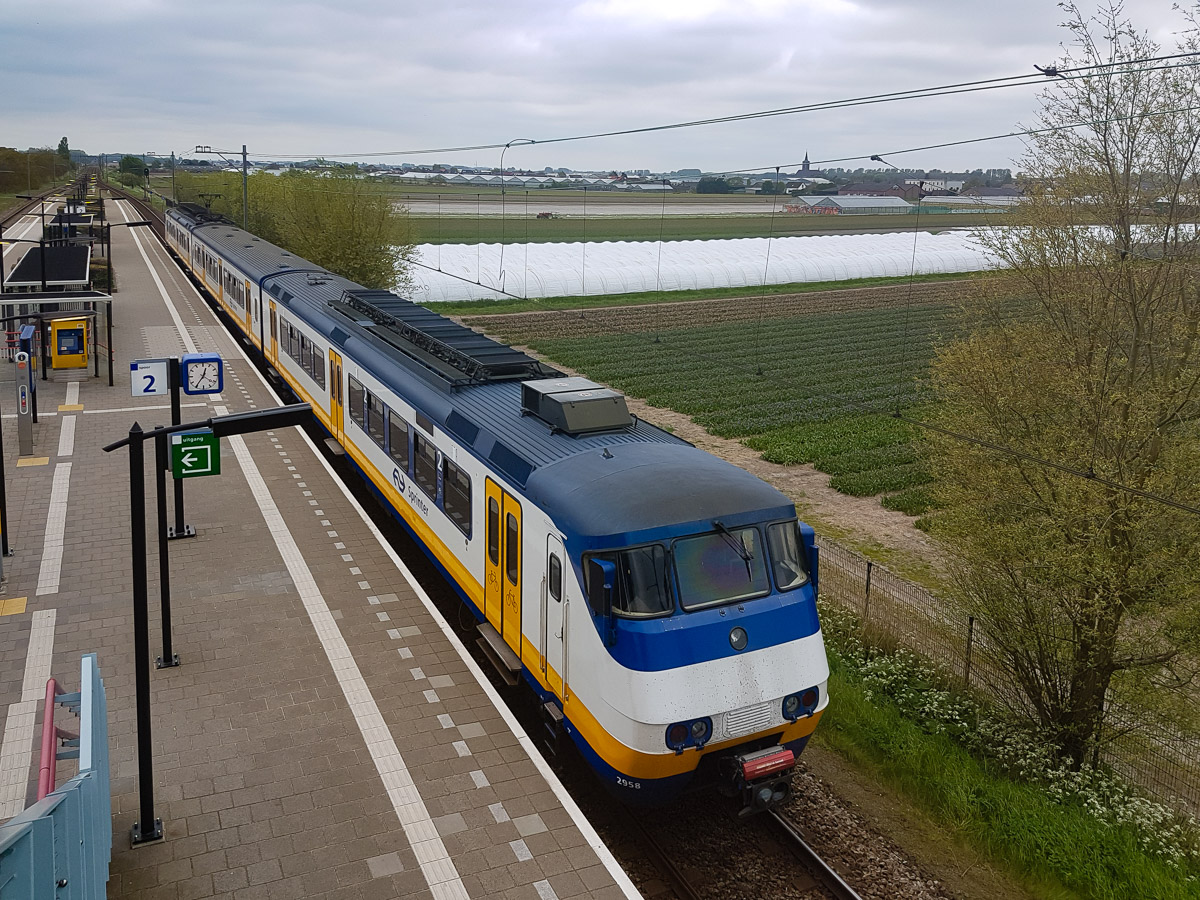 This was a pretty short post, considering that I spent two full days in Amsterdam. I suppose Amsterdam was not that memorable… Maybe the weather had something to do with it.

Next time I’ll try to bike around and take more time with the indoor attractions like the Rijksmuseum and Van Gogh Museum. An afternoon stroll in Vondelpark would be nice too.